The New Jersey Lottery Festival of Ballooning launches back into action 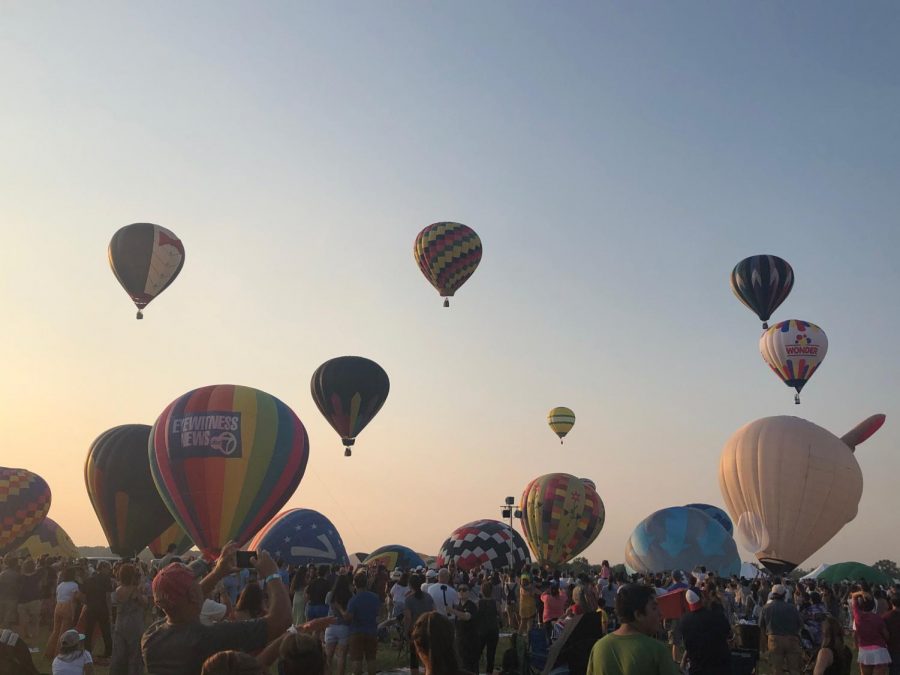 Up to 100 vibrant air balloons ascended each morning and evening during the New Jersey Lottery Festival of Ballooning.

As the world begins to return to a sense of normalcy, summer events and celebrations have begun to kick back into full swing. The summer marks the return of many festive events, among which is the New Jersey Lottery Festival of Ballooning, the largest summertime hot air balloon festival in North America. The 38th Annual New Jersey Lottery Festival of Ballooning took place at the Solberg Airport in Readington, New Jersey, from July 23 to July 25, 2021. Pilots from all over the United States attended the festival, showcasing up to 100 colorful, unique hot air balloons. Each morning and evening of the three-day festival, the hot air balloons were inflated and ascended to the sky, as crowds of excited visitors cheered and watched from below. Not only were visitors able to enjoy watching the balloons’ flights, but they also had the opportunity to take a hot air balloon ride and experience the excitement and bird’s-eye view of the balloons for themselves.

Although the hot air balloons were the star of the show, the festival also had a plethora of other exciting entertainment and activities to offer. In addition to hot air balloon rides, the festival also offered helicopter rides, which was a popular attraction among visitors. Nevertheless there was still plenty left to do for those who prefer to keep their feet on the ground, since the festival had many amusement park rides as well multiple inflatable obstacle courses and bounce houses.

The festival was attended by many crafters, vendors, and businesses, selling items from clothes to handmade pottery and jewelry to wind spinner toys. A wide variety of delicious foods was also sold at the event, including traditional fair foods like hot dogs and deep-fried confections and cotton candy. Live entertainment was featured throughout the festival, including live concerts from rock band Styx, steampunk musical duo the Eternal Frontier, Steve Pullara, and Gina Royale; a human cannon-ball show starring David “The Bullet” Smith Jr.; aerial performances; and a fireworks show. A new, but appropriate, addition to this year’s festival was that visitors were able to get free Covid-19 vaccinations from Hunterdon Medical Center and Wegmans while attending.

The three-day event drew to a close on July 25, but if you missed the fun this year, don’t worry, the festival is held yearly and will return in July of 2022!