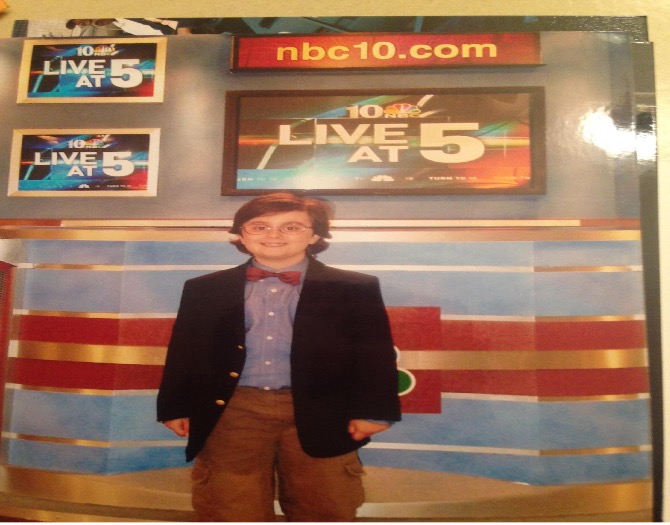 This is my official Winter Forecast for the 2016-2017 season. This winter will be vastly different from the winter of previous years.
Siberian Snow Cover: This is a factor that goes into the winter weather in our area. Above average snowfall in Siberia in October-November most of the time leads to a –AO in the winter months which translates to a colder winter. Basically the more snow and cold in Siberia equals the better chance of a colder and snowier winter here in the US, but nothing is guaranteed.
AO: -A0= a colder and snowier winter. +AO= a warmer and drier winter. Even in the positive state we can still have a snow. The picture below shows the difference of a negative AO and a positive AO. As you can see in the below image, this is a huge difference. This factor of the winter is the one that I think everyone including professional.

Meteorologists have to pay attention to. The Jet stream and the steering patterns in the atmosphere are what drive the storms up or out. If there is a trough in the east there are two things: 1) cold air is surging down from the north (Canada). Two: With this trough the Jet stream makes a big “U” shape over the eastern half of the country. When there is a storm off the coast, the jet stream picks up the storm and ends up riding up the coast along the jet stream. This is how we get our big Nor’easters. Troughs in the east equal cold air and better chances for snow. A ridge in the east most likely means warm air and rain. A ridge is basically the opposite of a trough. Instead of a big “U” A ridge is a big upside down “U”. This allows the warm air in the south to surge north, pushing all that cold air back up into Canada. Throughout the winter the AO flops back and forth. 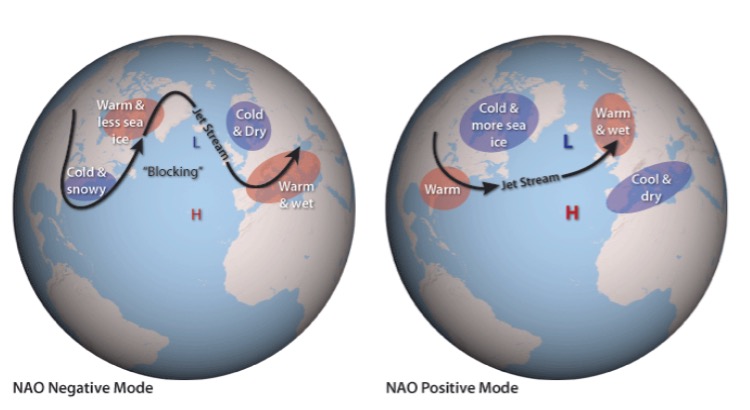 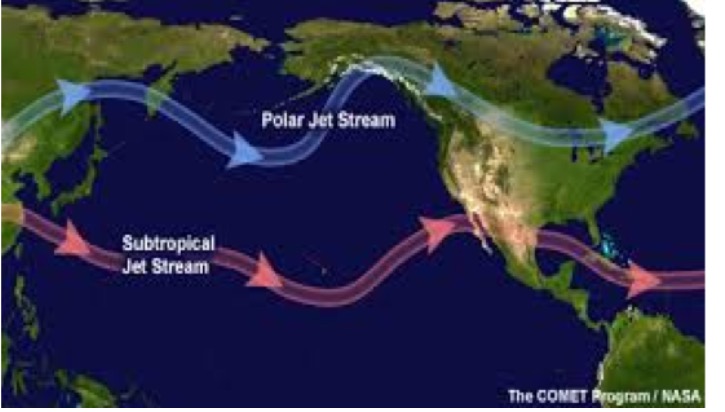 El Nino and La Nina:
Last year, there was a very strong El Nino in place, which is a complex series of climatic changes affecting the equatorial Pacific region and beyond. This occurs every few years and is characterized by the appearance of unusually warm, nutrient-poor waters off northern Peru and Ecuador. An El Nino typically occurs in late December, but unlike last year, when the world experienced a record breaking El Nino. This year, the tables have turned completely and the world will experience a weak La Nina. A la Nina is a cooling of the water in the equatorial Pacific that occurs at irregular intervals and is associated with widespread changes in weather patterns.
*** 2016-2017 Snowfall Forecast***
The big question I am sure you have after reading all of this is, how much snow will we receive this winter? Below is a map of our area.
Blue Area: 12-18 inches of snow (Atlantic City NJ, Cape May NJ, Ocean City NJ, Costal Areas)
Red Area: 24-32 inches of snow (Cherry Hill NJ, Philadelphia PA, Princeton NJ)
Also, in both purple and red areas where there are mountains and higher elevations, there will be more snow!
Purple Area: 26-39 inches of snow (Allentown PA, Lancaster PA)
Orange Area: 31-40 inches of snow from to Sate College PA Eastward to purple/orange line, but 24-35 inches west of State College PA (Lake effect snow events sometimes plays a roll in this area). 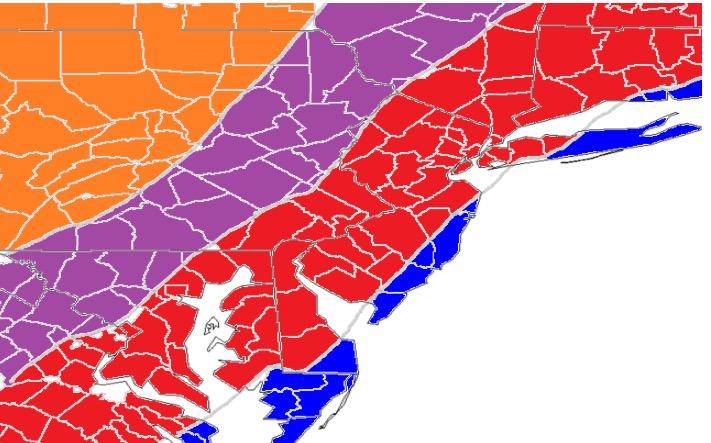 **Note: One big storm could have us reach our annual snow totals so these numbers are just an estimate for the whole season.
Wildcards

Winter will get going right away unlike the past few winters
More Nor’easters or more clippers?
2 or more storms of 6+
More smaller storms of 2-4/3-6 inches
How many chances of big storms?
-NAO and –AO and how favorable they are this winter.
Strength of La Nina
Pattern set up. Blocking HIGH up north?
Thanks for reading have a great and safe winter!