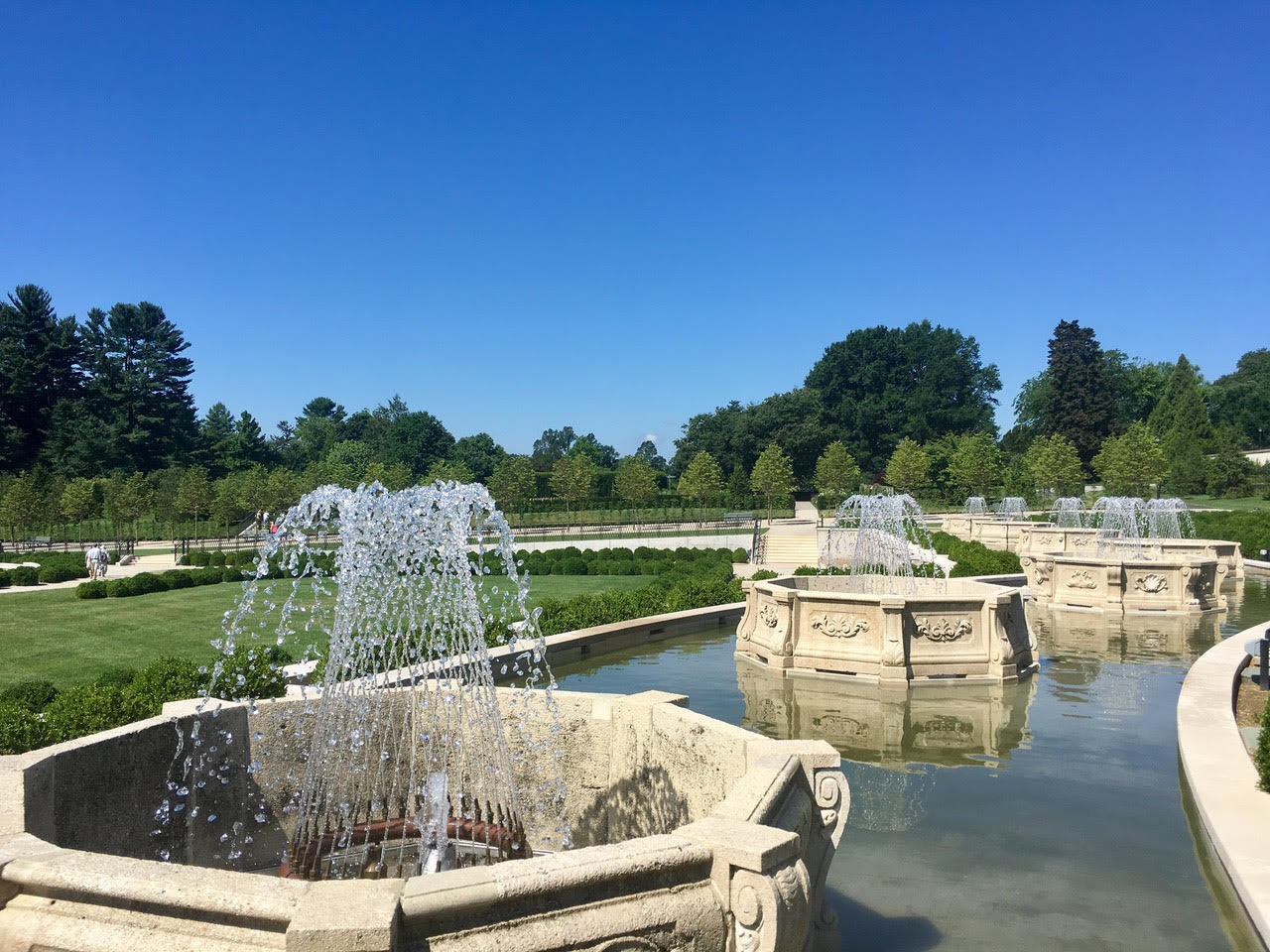 This season, birds are singing, flowers are blooming and excitement is bubbling at Longwood Gardens in Chester County, Pennsylvania. The historic gardens have long been known for their stunning assemblage of flora, but this summer is particularly special because it marks the premiere of the new Summer of Spectacle exhibit that commemorates the opening of the recently revamped Main Fountain Garden.

The Main Fountain Garden is the jewel of Longwood’s fountain collection, which is the largest of any garden on the continent. It was built in 1931 by Longwood’s founder, entrepreneur and philanthropist Pierre S. du Pont, who based his creation on the breathtaking fountains he’d seen in Italian villas, French chateaus and World’s Fairs. Today, more than 1.3 million people come to visit it each year.

Over the years, the grandeur and beauty of the Main Fountain Garden continued to delight; the infrastructure, however, had started to deteriorate. The limestone statues began to crumble, water jets broke down and some areas had to be closed off to visitors. It was clear that the decades-old system needed an overhaul, so in late 2014, Longwood set out on a renovation project to make its most famous garden bigger and better than ever before.

With the help of over 3,000 landscape architects, fountain choreographers and engineers, the Longwood team restored thousands of pieces of limestone, created a special soil mixture to allow water to drain faster and designed never-before-seen fountains with basketweave patterns and flame nozzles. They also added a cozy grotto and little paths and bridges so visitors could get closer to the fountains. Their aim was to marry classic European design with 21st-century technology to build a more modern and inviting garden that still retained the spirit of du Pont’s original vision.

“We really fundamentally wanted to improve the guest amenities and the experience in the garden so our guests would linger and relax and enjoy it,” said Sharon Loving, the Director of Horticulture at Longwood.

After over two years and $90 million spent, the Main Fountain Garden re-opened in late May. The result can only be described as a ballet— a hydraulic masterpiece of illuminated streams of water shooting 175 feet into the air, spinning and spiraling and almost dancing to the music. True to its name, this combination of horticulture, engineering and theater is nothing short of spectacular.

“The revitalization of our iconic Main Fountain Garden is the largest project in Longwood’s history since the passing of our founder in 1954 and to share its return with our guests is incredibly exciting,” said Paul Redman, Longwood’s Executive Director, in a press release. “Thanks to the efforts of our amazing and world-renowned design, engineering and historic preservation partners, as well as our most talented and dedicated Longwood team, our legendary Main Fountain Garden is back and more spectacular than ever.”

During the Summer of Spectacle, which runs until September 30, visitors can view 12-minute fountain shows multiple times every day. Longer performances with fireworks and themed music will be held on select nights. Tickets are available at longwoodgardens.org or at the garden entrance.