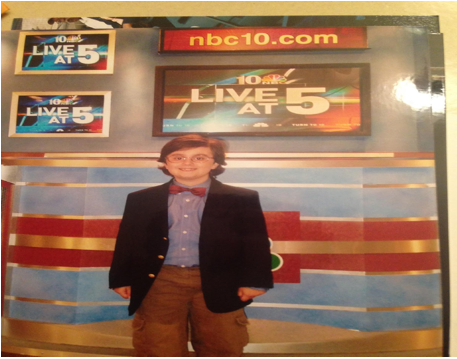 This is my official Winter Forecast for the 2015-2016 season.  This winter will be very different from winters in the past, but every winter is different in its own way.  I hope that you enjoy reading this as much as I like to look out the window and watch the flakes fall.

First, let’s define a “Siberian Snow Cover.” This is a factor that goes into winter. Above average snowfall in Siberia in October-November most of the time leads to a –AO in the winter months, which translates to a colder winter. If the Siberian snow cover is below normal in October, that leads to a +AO, like we had last winter season. Even though we had a +AO last year, we still had an above average season for snowfall.  This isn’t a huge factor but it could play somewhat of a role in our temperatures this winter season as well.

This factor of the winter is the one that I think everyone, including Meteorologists, leave out.  This is actually one of, if not the most important factor.  The Jet stream, which is essentially the AO, is what drives the storms up or out.  If there is a trough in the east there are two things. First, cold air is surging down from the north , or Canada.  Second, with this trough, the Jet stream makes a big “U” shape over the eastern half of the country.  When there is a storm off the coast, the jet stream picks up the storm and the storm ends up riding up the coast along the jet stream.  This is how we get our big Nor’easters. In the winter of 2009-2010,  this pattern occurred practically the entire winter.

Trough in the east equals snow, while a ridge in the east equals warm air and rain most of the time. A ridge is basically the opposite of a trough.  Instead of a big “U,” a ridge is a big upside down “U.”  This allows the warm air in the south to surge north, pushing all that cold air back up into Canada.  Throughout the winter the AO flops back and forth.

Next, let’s delve into NAOs. When the NAO is negative, it can lead to storms slowing down and having us receiving bigger snowstorms. Don’t expect the NAO to be negative the whole winter, but expect it to be negative sometimes.

Another factor this year has been the El Nino. All the talk and hype has been about the record breaking El Nino, which – don’t get me wrong – was the strongest El Nino ever recorded.  The issue is that everyone is thinking that El Nino is the single factor that is going to drive our winter the whole year.  This is false. Yes, this will play a major role, but it will not control everything that happens in our part of the world.  So what I am saying is, yes, this El Nino is crazy, but it will not dictate everything that happens this winter.

So, the big question you might have after reading all of this is how much snow we will receive this winter.  Here’s my answer to that question.  Below you will see a map of the Tri-Sate area.

Also, obviously in both purple and red areas where the mountains and higher elevations are, there will be more snow.

Finally, these are outcomes which are not certain, but are a possibility. I am dubbing them “Wildcards”:

1-3 storms of 10+ inches
-NAO and –AO and how favorable they are this winter.
El Nino is too much of a force the entire winter
Pattern set up.  Blocking HIGH up north?
Big second half of the winter