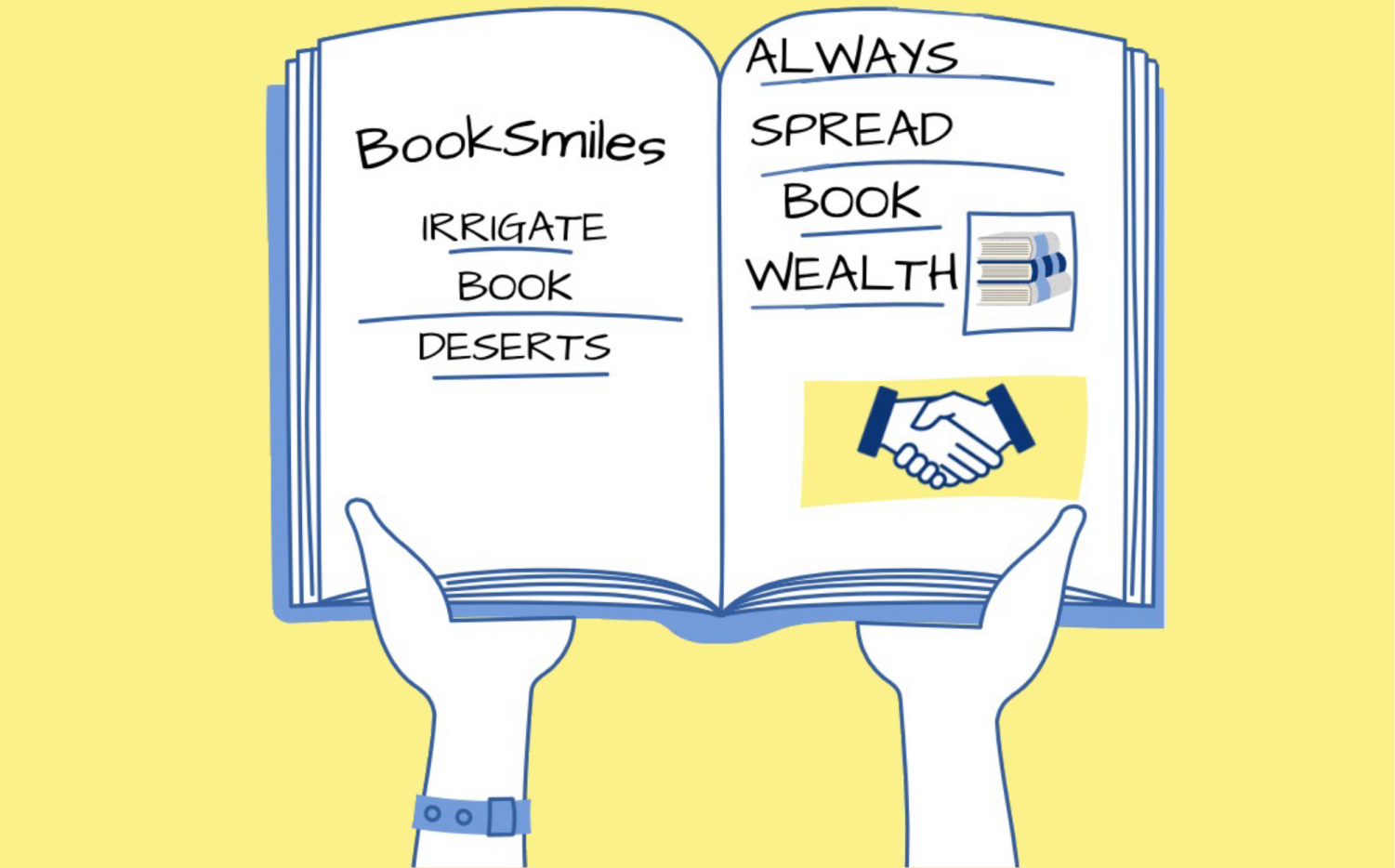 In order to improve a community, it takes philanthropic people who invariably offer their acts of kindness. Beginning in 2017, English teacher at Lindenwold high school Larry Abrams founded a nonprofit organization, BookSmiles, to enlighten children who did not have access to a sufficient supply of books growing up.

With feelings of humanity and compassion towards the underprivileged, Mr. Abrams works to ensure that owning books should be a right and a norm, not simply a privilege for those who can afford them.

The nonprofit organization BookSmiles irrigates book deserts in an effort to close the disparity between disadvantaged areas and privileged areas. The initial spark was ignited when founder Larry Abrams switched teaching locations from the affluent Moorestown district to Lindenwold high school. He then realized the impact of the distinctive difference in the socioeconomic backgrounds of his students.

In my interview with Abrams he said, “I realized at Lindenwold that the majority of my high school students did not have reading levels on grade level.”

I realized at Lindenwold that the majority of my high school students did not have reading levels on grade level.”

When compared to his experience with his Moorestown students whom he said were “programmed to attend 4-year universities and their reading levels are usually way above what is expected of typical 9th or 10th graders,” Abrams began to wonder what he could do to close this disparity.

Curious and compassionate, he asked his students, “How many of you had books growing up or have been read to as a child?”

Out of a class of 25 students only 3 raised their hands, and Abrams noted that these 3 students were the only ones excelling and receiving A’s and B’s. This experience confirmed his growing impression that the effects of early exposure to books in the home led to higher literacy levels and academic success. Thus, at this turning point, he decided to make it his altruistic mission to provide all children with books.

After describing how teaching at both ends of the socioeconomic spectrum led him to begin his mission, he expresses his passion in creating a positive impact. Abrams said, “The educational crisis in America, where you have such a disparity in students’ performance, can easily be solved if we all just put the hardware into the homes of the kids who really need them.”

The educational crisis in America, where you have such a disparity in students’ performance, can easily be solved if we all just put the hardware into the homes of the kids who really need them.”

This ‘hardware’ or books comes from the persistence and dedication of the BookSmiles organization.

The inspiring part is that the community of New Jersey and Greater Philadelphia comes together to help this nonprofit. The legion of teachers who come to the Book Banks take about 100-150 books at once and they return several times a year to take books in order to distribute them to children in need. BookSmiles attributes their success to not only the dedicated teachers willing to educate their students outside of the classroom, but also to community members setting up book banks and making donations.

As of now, BookSmiles is able to distribute about 26,000 to 36,000 books a month and they have an influx of books coming in from book drives.

“Only 3 students raised their hands…”

When Larry Abrams asked how many of his students had the opportunity to be surrounded by literature growing up, only 3 out of 25 students raised their hand. Roughly 12% of his class was able to have an experience which should be the standard in all children’s homes, so he decided to make a change. The overwhelmingly low number of students deprived of books in their childhood in Abrams’ own classroom experience represents this problem on a much wider scale.

Turning challenges into opportunities during the pandemic

BookSmiles simulated the DoorDash system in order to overcome the obstacle of social distancing during the pandemic. This is an excerpt from an interview with Founder Larry Abrams explaining how he turned the challenge of the pandemic into an opportunity.