Franklin Institute opens its “Terracotta Warriors of the First Emperor” exhibit displaying original statues from over 2,000 years ago 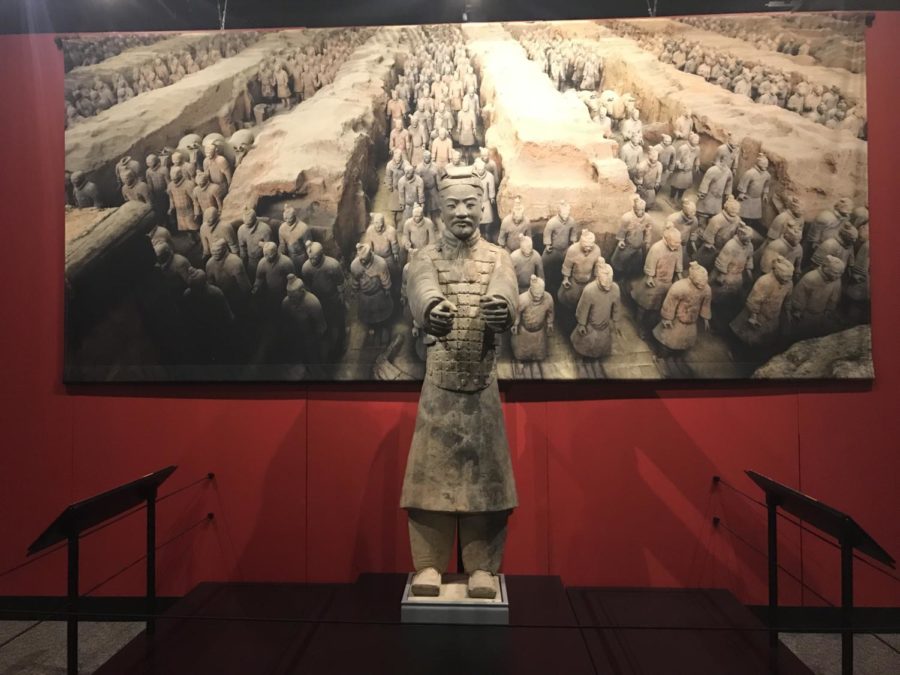 In addition to showcasing the original warriors from the burial site, the exhibit will also include various interactive tablets, videos and even augmented reality stations.

From now until March 4, The Franklin Institute will be displaying its “Terracotta Warriors of the First Emperor” exhibit. The exhibit highlights the magnificent stone Terracotta Warriors found in the tomb of China’s first emperor, Qin Shi Huang.

Over 2,000 years ago, in around 210 B.C.E., Qin Shi Huang ordered that thousands of life-size stone soldiers be buried with him in his tomb in order to guard him in the afterlife. These exact figures were discovered in 1974, when local farmers in the Lintong District of Xi’an, China were digging a well and accidentally uncovered one of history’s greatest archaeological marvels.

Now the Franklin Institute, located in the heart of Philadelphia, is proudly showcasing 10 warriors from the original burial complex, along with over 160 additional Chinese artifacts from the same time period. These artifacts include everything from ceremonial bronze vessels to jade pieces of jewelry and decoration.

In addition, the Franklin Institute offers its visitors insight into the actual creation of the original Terracotta Warriors, such as their original coloring and how they have decayed over time. Several recreations of the warriors are displayed, painted in bright blues, greens and reds, to show the great contrast between how the imposing structures may have looked in their original forms and how they look now.

“This is one of the first exhibits that’s focused on archaeological sciences at the Franklin Institute. We’ve had a lot that do focus on archeology, but this one talks a lot more about the technology of the time period and using the technology that we have now to understand the past,” said McManus.

Several interactive tablets, informative videos, and even augmented reality (AR) stations are placed throughout the exhibit, offering visitors the opportunity to truly connect with and understand the significance of the statues.

The Franklin Institute’s “Terracotta Warriors of the First Emperor” provides an informative yet captivating interaction with the art and history of the early Qin dynasty of China, bringing an ancient Xi’an tomb to modern American visitors.