Collingswood’s May Fair attracts an eclectic group of people

On Saturday, May 28, Collingswood, New Jersey hosted its 37 annual May Fair. The fair encompassed over a mile of business district along Haddon Avenue. 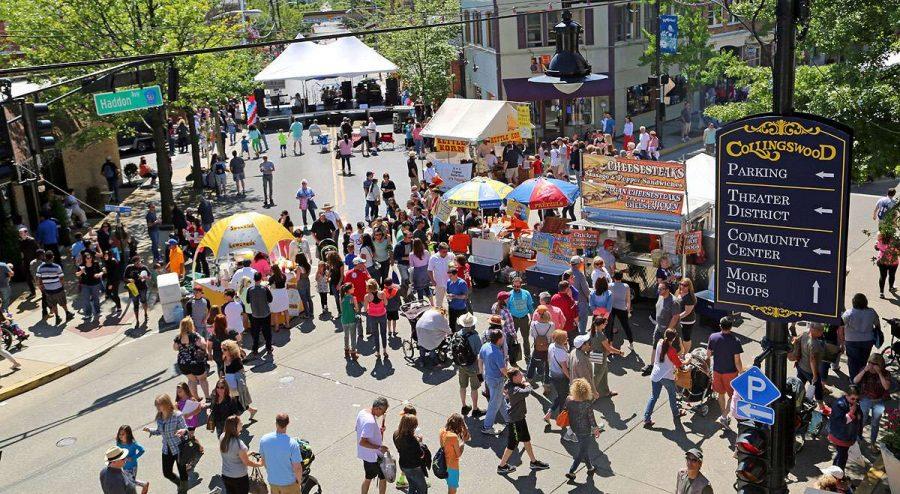 This year, Collingswood’s May Fair included over 200 artists and crafters and a special kids zone for younger attendees. The kids zone was filled with bouncy houses, amusement rides, pony rides, carnival games and arts and crafts. Stages of live music were set up along the side, featuring different styles of music, including blues, folk, rock and more. People of all ages performed, even children showed their musical talent on stage.

An antique car show was also at the fair. Collectors showed up to the fair and brought in their antique, refurbished cars, which were displayed along the side of the road. The hoods were open to allow visitors to admire the old engines. The Harley Davidson motorcycle display complemented the antique car show.

Several food courts were set up under tents, selling meats, pizza, fried Oreos and more. There were also air conditioned cafés that people could visit to escape the 90 degree temperature.

Ella Wilson (10) sold her book I Sold My Sister (under the pseudonym Ella Mozzarella) at the fair. Wilson has a genetic disorder called Neurofibromatosis. She underwent 16 months of chemotherapy to stabilize brain tumors caused by the disorder. The tumors blinded her left eye and impaired her right.

Wilson liked to write since she was very little, and told her mother to jot down her ideas. Proceeds from her book go to the Children’s Tumor Foundation and Camp Sunshine, along with various other charities.

The Collingwood May Fair was not only for venders. GMO Free NJ had a tent in the fair. Keith Monahan, a helper for the nonprofit and a Collingswood local, ran the booth.

“We are educating people about genetically engineered food” Monahan said. The nonprofit came to food day at Cherry Hill High School East in 2015.

Monahan said that around 100 people came through his tent that day as the fair lasted from 10 a.m. to 5 p.m.