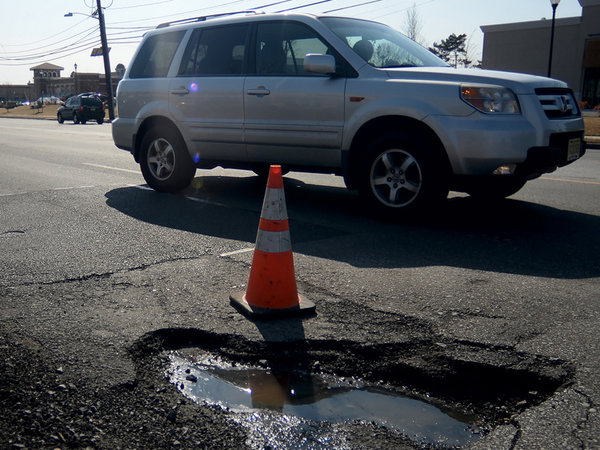 Cherry Hill is a fiscally responsible town. Four the last four years, the budget has not risen, yet the town continues without any deficiencies. The budget remains at 67 million dollars, with 55 percent of this going to the schools, 22 percent to the county, and the rest to the township, including emergency services. The town attracts many families, and large hospital chains are setting up shop. But what is this without a functional system of roads?

In his speech before the Town Council on August 19, Mayor Chuck Cahn addressed roadwork as part of the budget for the 2016 fiscal year.

He said, “It more than doubles last year’s spending on road maintenance, which will allow [Cherry Hill] to make a significant impact on our local roads that are most in need of repairs.”

During the 2016 fiscal year, maintenance crews will have access to 8 million dollars, equating to 12 percent of the overall taxes, which, according to Cahn, is “almost four times the amount we were spending on our roads when I became mayor.”

“The plan is to make a greater impact on and identify some of the worst roads in the community, roads most in need of repair, and put the addition funds toward repairing more than we’re usually able to accomplish in a specific year,” said Bridget Palmer, the Director of Communications at town hall.

Cherry Hill roads are often the victim of potholes and cracks due to the temperate climate. During the year, water seeps into the asphalt that makes up the top layers of the roads. For much of the year, this causes erosion and weakens the structure, which can be maintained with regular use of erosion protection products, but when temperatures are below freezing, specifically during the winter months, the water may freeze and expand, resulting in more frequent and severe potholes. According to the state Department of Transportation, last year had one of the highest incidences of potholes on record.

The township has several methods in use to combat road damage. They range from the micro-seal process, which aims to preserve roads through filling cracks, to total restoration. Palmer said that “It’ll be trying to repair a greater number of roads than we’ve done in the past” in contrast to using more costly preventative measures.

Although many may wonder if their road may be one of the many that the heightened maintenance will be extended to, Palmer said that “I don’t believe [road maintenance] identified the specific roads that will be done yet, because the money that is allocated now in this budget won’t be done until, in the calendar year, 2016.”

Cherry Hill roads may suffer from wear and tear, but not only does the upcoming budget aim to make them more passable as a way of aiding citizens, but also as a method of sustaining the growth the town, for which transportation is a necessity.