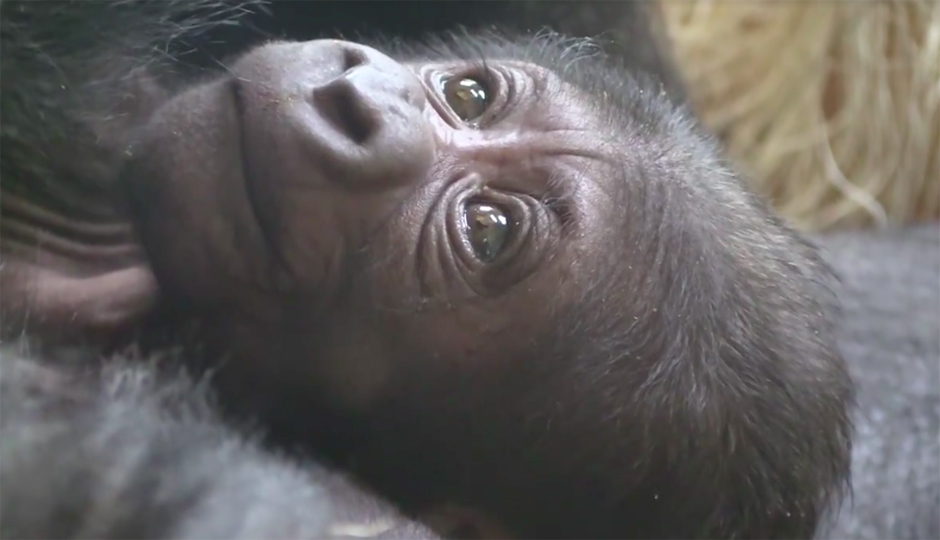 How does one become famous? If you’re Justin Bieber, you post a video on YouTube. If you’re Anna Kendrick, you audition for a Broadway musical.

If you’re the latest baby gorilla at the Philadelphia Zoo, all you have to do to receive national attention is be born.

On Thursday, June 1, a 17-year old, western lowland gorilla named Kira went into labor. The zoo staff were not particularly concerned, as a recent gorilla birth had gone quickly and smoothly. But when Kira still had not given birth by Friday, June 2, the Philadelphia Zoo’s veterinary staff decided to call in backup.

In 2009, the vets at the zoo had constructed a team of both veterinary and “people doctors” — professionals who treat humans, ranging from surgeons to anesthesiologists to an ob-gyn– from Penn Medicine and Thomas Jefferson University Hospital in case of problems with delivery, but it had never been used.

The team arrived at the zoo and got right to work. Less than two hours later, a new baby gorilla had entered the world and risen to fame.

News outlets worldwide were fascinated with the newborn, who has yet to be named, for two reasons. One, the process of his birth was unusual.

In August of 2016, a gorilla named Honi gave birth to a female, named Amani. The same emergency team of doctors was ready to come to the zoo if necessary, but Honi went into labor easily. Gorilla labor is typically quick and smooth and the veterinary staff at the Philadelphia Zoo were used to easy labor like Honi’s, so the circumstances of Kira’s labor attracted media attention.

“If [the recent gorilla birth] had gone how it typically goes, there would have been no human interference at all,” Dana Lombardo, the Philadelphia Zoo’s Director of Communications, said to ABC News. “We only intervene when there’s something wrong.”

Two, western lowland gorillas are a critically endangered species. According to the gorilla keepers at the Philadelphia Zoo, the zoo works with the AZA Species Survival Plan (SSP) Program to breed the gorillas. The zoo also runs the UNLESS Project, which raises money for animals who are losing their habitats to deforestation, gorillas, tigers, and orangutans.

The new baby gorilla currently resides with his mother, Kira, and father, Motuba, as well as Honi and her baby, Amani, in the zoo’s PECO Primate Reserve. Kira continues to nurse and spend time with the baby.

Though media attention regarding the zoo’s new addition has begun to die down, it will likely rise again once the baby is named. Just as Honi’s baby Amani was named, the zoo plans to partner with the Gorilla Rehabilitation and Conservation Education Center (GRACE) in choosing a name. The gorilla keepers explain on their blog that gorillas at the zoo are named after orphaned gorillas at the GRACE center and people can donate to vote online, so it’s easy for anyone to both help choose a name for the new baby and send money to gorillas in need.