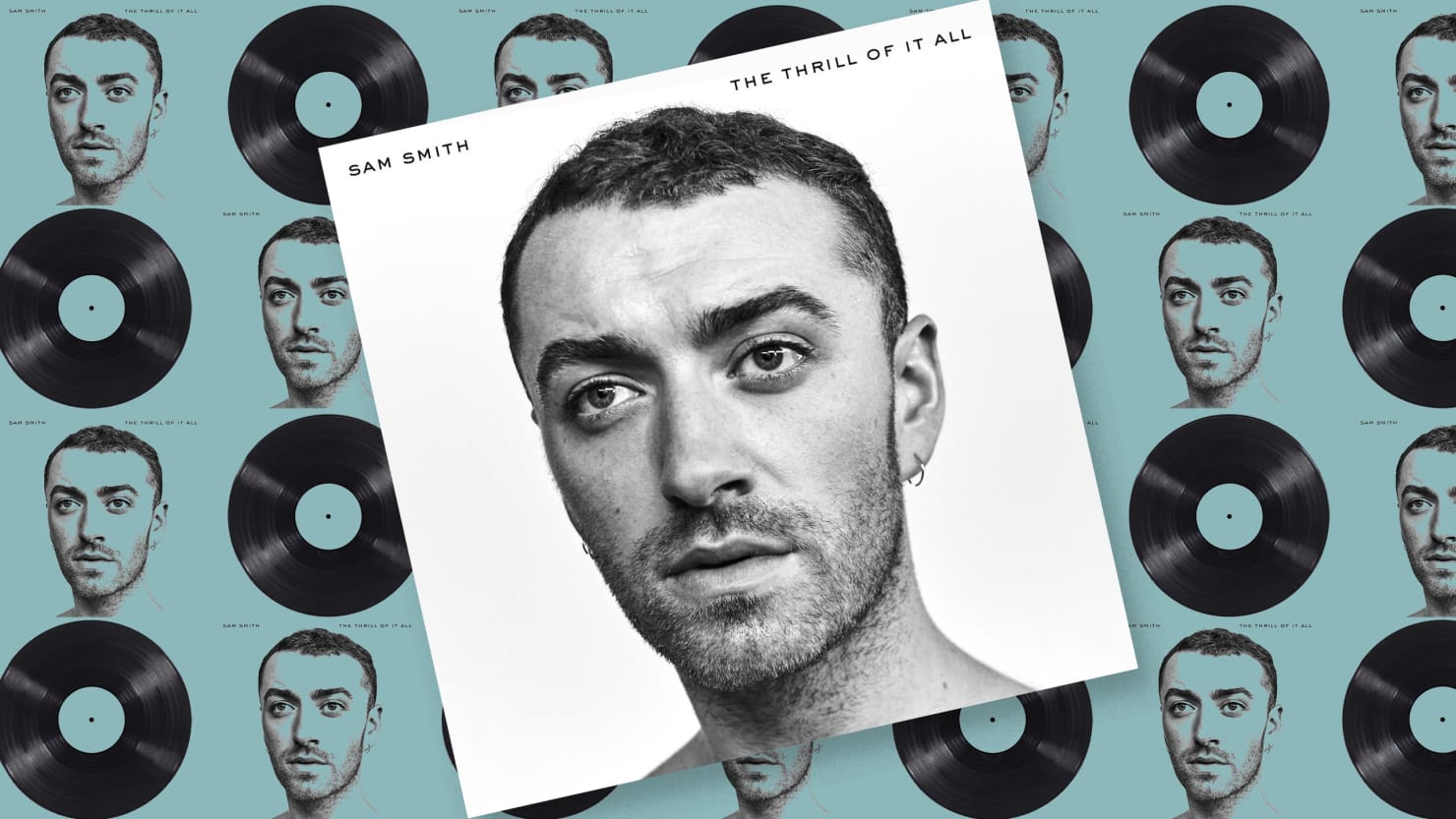 Sam Smith’s “The Thrill of it All”, Supplies Optimistic Romance, Unachievable Love, and Relationship Ramifications

Sam Smith, most recognized for his emotional love songs, released his second album titled, “The Thrill of it All” on November 3, 2017. Smith’s debut album, “The Lonely Hour,” released on May 26, 2014, was a huge global success. During the year of 2014, “The Lonely Hour” remained in the top ten for nineteen consecutive weeks, with singles “Stay With Me” and “I’m Not the Only One”. The album ranked around number seven to number two.

With all of the achievements the previous album received, “The Thrill of it All” proved to be just as successful.  The well known “Too Good at Goodbyes” was set to be the new single by the twenty-five-year-old Englishman. From September 18, 2017, when the music video of “Too Good at Goodbyes” was released on YouTube, the number of views skyrocketed to 411 million before the year had ended.

The content that the new album contains, resonates with Smith’s debut album. Both coincide with the idea of unachievable love, breakups, the crazy desire to love someone, and the ramifications of a relationship.

The relation to these concepts, by the listeners, is what made these two albums so successful.

Mirroring “Stay With Me,” and “I’m Not the Only One,” “Too Good at Goodbyes” has prevailed in the top tens of the charts since the date of its release.

Comparing the new single to the first two, “Too Good at Goodbyes” is a more mellow song. The rhythm is similar to “Lay Me Down,” also by Sam Smith from his previous album, but it is not as gripping to the audience. In “Too Good at Goodbyes,” there are fewer instruments used. It focuses more on a ‘snap and drum’ type of song, meaning that it is primarily fixated on the voice rather than the instruments and accompaniments. In contrast, “I’m Not the Only One” and “Stay With Me” took advantage of the background accompaniments such as the violin, piano, and background vocalists.

The new single describes how a person in Smith’s life treated him poorly, so he talks back explaining how he does not need them. He clearly emphasizes this when he sings “But everytime you hurt me the less that I cry/ And everytime you leave me, the quicker these tears dry.” This part of the song explains how a relationship can negatively affect a person, and sometimes it is better to let go of the one that you think is right for you.

The next song “Pray” is a more optimistic sing. It reveals how someone would go all the way to be with their love, once and for all. The gut-wrenching lyrics of “Maybe I’ll pray/ Pray for a glimmer of hope/ Maybe I’ll pray,” captures the essence of aspiration. The simple melody radiates a tone of eagerness and desperation. The instruments used provide a gospel-like vibe; the lyrics deliver a sense that religion can ease one’s troubles, no matter the type of person. Smith does an excellent job in getting to the heart of the problem by providing multiple examples of how he would use prayer to get the person that he wants.

“One Last Song” is one of the more lively soundtracks that Smith optimizes in the new album. Just like “Pray,” Smith is singing about how he wants to get the person that he desires, but he sheds the message in a new light.

“One Last Song” has a more jumpy bass with the hi-hat continually beating throughout the song. The song sounds similar to that of a Meghan Trainor melody because of the drums. The beat and rhythm mixed in with the soul lyrics are immediately captivating. The accompaniments did a phenomenal job in resonating sadness. The violin, in the background, dramatizes the pain that Smith feels when he is not with the one that he loves, while the tone that Smith conveys brings in raw emotion. One could actually feel the pain that Smith showcases through the way he coordinates his vocals. Smith is able to create creative songs by displaying similar messages in unique ways.

The album “The Thrill of it All” provides a variety of distinct love songs permeating the heart of listeners. With this most recent release, Smith is bound to continue the vast success that he has accomplished so far in his music career.