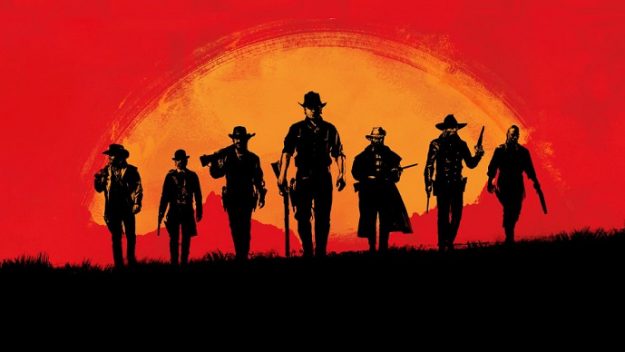 Red Dead Redemption 2 is sure thrill players this fall.

Red Dead Redemption 2, one of the most anticipated games in years, has announced its release date.

It’s predecessor, Red Dead Redemption, told a detailed story about a man named John Marston who wanted to save his wife and child by exacting revenge upon members of his old gang. It’s all in the shadow of the death when the Wild West is involved. Red Dead Redemption had many positive reviews and was widely considered to be one of the greatest games of all time.

Expectations are high for the franchise due to the widespread success of the previous game and the reputation of the game developer. The game is being developed by Rockstar Games, also known for developing the Grand Theft Auto Series. The studio has a good reputation because of its knack for producing successful games. Red Dead Redemption was originally released in 2010, and the prequel was expected to be released at the end of 2017. Instead, Red Dead Redemption 2 will be released sometime in the second quarter of 2018, due to Rockstar explaining in a press release, that ”… some extra time is necessary to ensure that we can deliver the best experience possible for our fans.” The long wait time and extra care that was put into this game has only heightened fan excitement and expectation for the game.

Red Dead Redemption 2 will be a prequel to Red Dead Redemption, as evidenced by it’s story. The story tells the journey of Arthur Morgan, who is part of the Van Der Linde gang, which John Marston was once a part of. Arthur Morgan appears in the trailer to be a brutal, vicious, and horrible criminal who appears to have no remorse in his activities. However, other than this, little is known about the game as Rockstar prefers to keep their games and their development secret. Unlike Red Dead Redemption’s depiction of the declining Wild West, this game will show the Wild West at it’s peak.

The graphics of the game look stunning, almost cinematic. This can be seen in the trailer, in which the graphics look extremely realistic. This can be seen with the horses in the trailer. The plastic-like look that the horses and the overall first Red Dead Redemption had were fine for the time period, but fans are now expecting an immersive experience with the new graphics. Building upon this, the environment appears to be very immersive as the trailer depicts the Van Der Linde gang going through snowy mountain tops and a desert town in the Wild West. Other improvements in the game include a more realistic environment and more realistic people.

The trailer depicts the Van Der Linde gang going across the varied environments, threatening somebody, and robbing a train. Such as many things about this game, information is sparse at this time.

While information about the game is purposely scant at this time, the trailer appears to show a train heist taking place. Due to heists being a key feature of GTA Online, this has led some to believe that because of Rockstar’s massive success with GTA Online, they will have a “Red Dead Redemption Online” that will also include heists. I personally believe that Red Dead Redemption 2 will have a new online component as well to keep fans waiting for GTA 6.

While this is needless to say, this game will be sure to tell an unforgettable story and will certainly be well worth the eight year wait.