Nokia 3310: The original mobile phone from the early 2000s, revamped 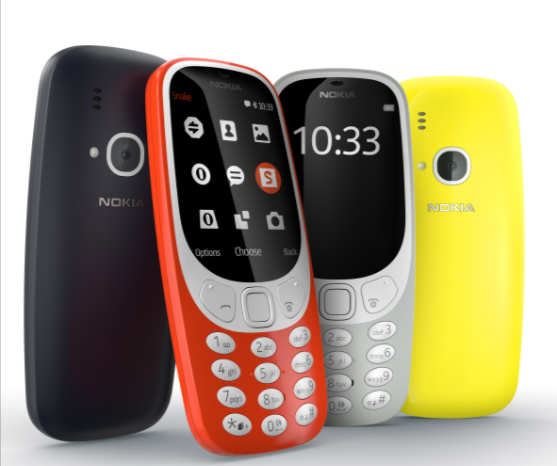 Nokia releases its Nokia 3310. With a battery that can last up to a month, this new device serves as a viable option for many.

At the Mobile World Congress show held late last February in Barcelona, an announcement was made that shocked consumers to the core: the beloved Nokia 3310 phone is back. Although no set release date has been made, it is expected to hit shelves in Summer 2017.

Originally released by Finnish company HMD in late 2000, the Nokia 3310 became one of the company’s most iconic cell phones, selling over 126 million units across the globe. It was discontinued in 2005 and in the years since, has garnered a large following due to its famous durability and long-lasting battery life. This surge of nostalgia has led to the renewal of a phone that, on the surface, is too simple for times where technological wonders like the Apple iPhone and Samsung Galaxy rule the market.

The Nokia 3310 mixes features both new and old that will appeal to a wide variety of people. On the brand’s website, the new phone is described as “a modern classic reimagined.”

It channels the phone’s retro roots with a battery life that can last up to a month, a brick-like exterior design and four vintage colors (glossy red or yellow, or a matte gray or dark blue). The original Nokia 3310 is famous for the game “Snake,” a twisty-turny handheld game that is revamped in the 2017 model. Instead of being played on a 48 by 84 pixel screen, consumers can enjoy the updated 240 by 320 pixel resolution with a 2.4 inch screen that has a polarized layer to help increase readability in direct sunlight. The updated phone has a colored display and a back camera with a flash. These are modern touches not found on the 2000 version.

However, the simplistic device does not have GPS, a touch screen or fast internet – all features commonly found in cell phones released over the last few years. HMD shed those popular features for the sake of keeping the device close to the nostalgia-filled cellphone loved by users in the early 2000s.

At only $51, the 2017 Nokia 3310 is a viable option for those who don’t need the modern conveniences that many popular devices offer today, or those who are trying to break away from the addiction associated with modern cellphones.