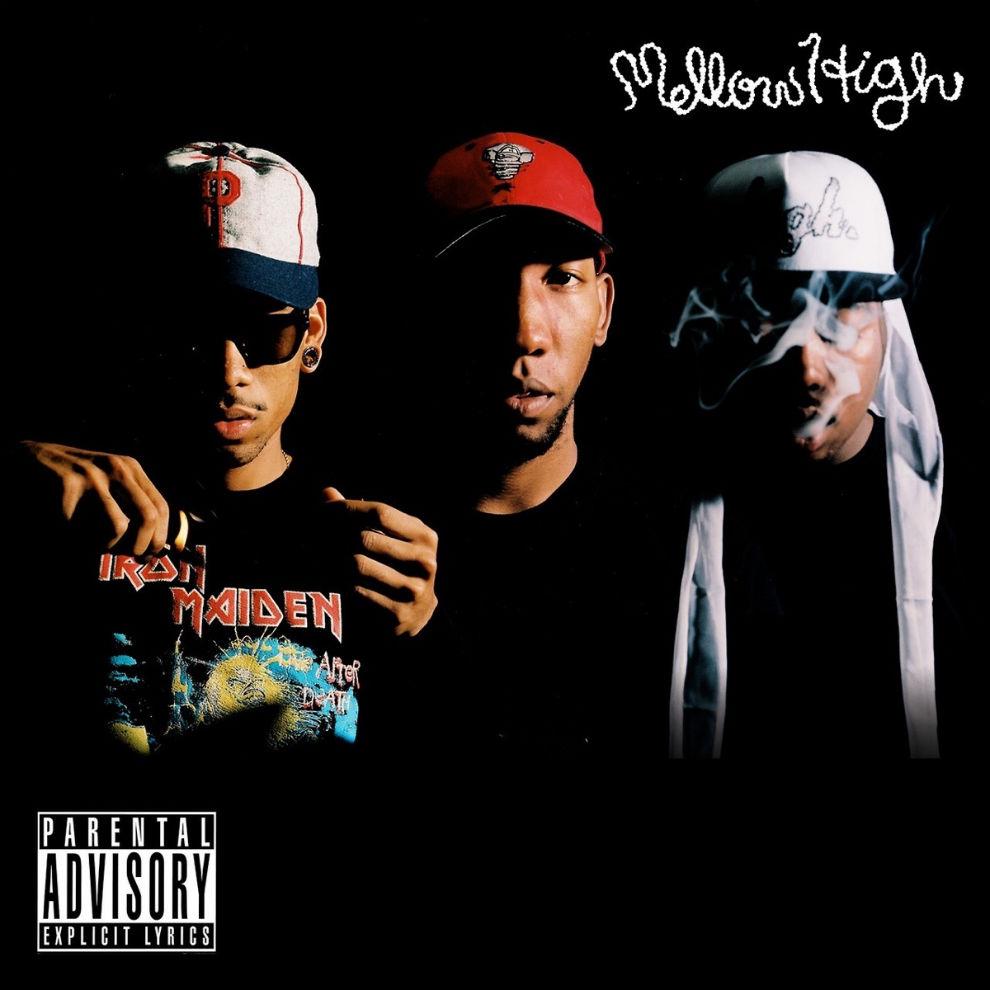 MellowHigh is the first release from three-man sub-group, MellowHigh. The group is a sub-group of Los Angeles-based rap collective Odd Future, and is comprised of producer Left Brain and rappers Hodgy Beats & Domo Genesis. The album dropped on October 31, and is the group’s debut record.

Before the album’s release, Odd Future teased the album through a series of YouTube previews, beginning in April with their debut song “Troublesome”. The first single, “Yu”, debuted on October 14, along with its music video. Only three days before the album’s release, MellowHigh released the music video for their song “Extinguisher”. Odd Future has always had a great marketing team, and once again set the bar high for MellowHigh’s debut. The result, however, turned out sub-par compared to the songs which were released in anticipation of the album.

MellowHigh has glimmers of excellent production and inspired verses from Hodgy and Domo. “Yu”, with its looping piano beat and light synths in the background, combines a soothing beat with some admirable verses from both rappers, as well as a hook which is very reminiscent of 50 Cent sung by Domo Genesis. “Extinguisher” has very prominent 808-drums and some high pitched horns looping throughout. While the beat is simple and uniform throughout, it works well with the three verses, no hook song. Additionally, “Cold World” featuring Earl Sweatshirt and Remy Banks is made up of looped synths and low-octave piano chords. While verses from Domo and Earl are not all that impressive, Remy holds his own on the opening verse and sets the tone for the rest of the song, getting to the top. While these beats are all clear and simple, Left Brain is at his best when his production is not over the top.

Unfortunately, the album is littered with discord and awkward beats throughout. Aside from the songs mentioned above, only one other song has a good beat on the album, the relaxing beat of “Cigarillo”, the only beat produced by Hodgy Beats. The calm tune of “Cigarillo” is ruined, however, because MellowHigh decided to lay a loud, obnoxious conversation that the group had over the beat, as opposed to any verses or content. Other songs like “Goon’n” and “Air” have boisterous bass and excessively noisy samples.

Many of the songs have sloppily written hooks, like “Nobody” (I’ma do what I want/ How I want, when I like/ If it’s wrong, if it’s right/ Can’t nobody hold me down, man) and “Get’n Drunk”, not to mention uninspired verses which are downright careless. The hunger which Domo possessed on songs like “Rusty” off of Tyler, the Creator’s Wolf (2013) and “20 Wave Caps” off of Earl Sweatshirt’s Doris (2013) seems to have been lost just prior to recording this album; either that, or Domo just doesn’t have the content to rap about aside from typical topics such as drugs and women. Hodgy is an even bigger culprit of the lazy, cliché verses, as he allows lines like “Spilled yoohoo on my shirt/ Looks like balsamic salad dressing” on “Goon’n” and “Oh, you mad it’s me?/ You should be glad it’s me/ [whoa], I’m a [explicit] MC/ Your [explicit] raps are weak/ And if you suckas tempt me, I’m pointing out pipsqueaks” on “Air” to run throughout the record. With the exception of their verses on “Extinguisher” and “Yu”, neither Domo nor Hodgy have a single worthwhile verse on the entire project.

MellowHigh’s Self-Titled album generated enough hype to make many non-Odd Future fans excited for its release. Ultimately, however, the album was inconsistent and sounds like the group spent significant time on songs like “Yu” while throwing in songs like “Self-titled” as filler. Producer Left Brain has shown over his last few releases that he is incompetent, and the verses which Hodgy and Domo threw onto his beats only worsened the album. In the future, if MellowHigh ever releases another album, listeners should be cautious, as their singles are no indicator of the final product.