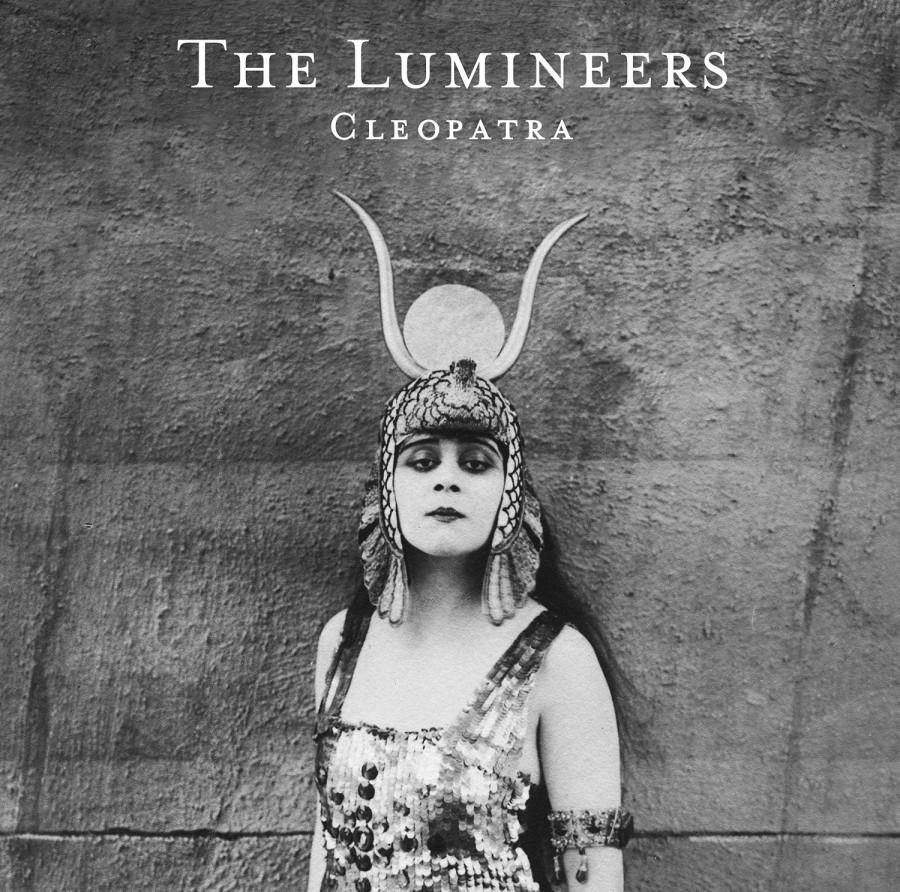 The album’s name comes from the third song of the album “Cleopatra.”

The Lumineers’ new album, Cleopatra successfully continues the smooth, folk and alternative rock sound that their fans first fell in love with during their debut album The Lumineers released in 2012.

The band first caught the attention of many after releasing the single “Ho Hey” from their first album, The Lumineers. The song provides a fun, lively atmosphere with various voices chanting the title in the background, claps and stomps, as well as the lead singer counting the band off before the chorus each time.

In their new album the band continues to draw in more of a fan base with this so beloved sound. Their most popular single released off of the album, “Ophelia,” like “Ho Hey,” has stomps and claps that allow their listeners to be more interactive with the song. The song also includes a piano as its main attraction having a riff throughout the song that gives it a signature sound. Most of their songs such as “Ophelia,” focus more on the sound of the instrumentals. The main vocalist, however, Wesley Shultz has a distinct sound to his voice that brings out the classic country and folk twist to their music.

The album’s name comes from the third song on the album “Cleopatra.” The song is about a woman who lives her life without accepting the pity of others as said by Schultz in an interview about the album. The song starts off with an electric guitar and drums keeping a steady beat eventually creating a warmer feel as Schultz’s voice and piano round out the sound. “So I drive a taxi, and the traffic distracts me/ From the strangers in my backseat, they remind me of you.” The lyrics not only in “Cleopatra,” but also throughout the entire album are very reflective about finding an identity.

Another popular single from the album, “Angela,” has a sweet sound, yet somewhat sad story. The lyrics of the song keep the listener guessing whether it is about a girl named Angela, whose story concerns a struggle to find home, or if it refers to a relationship the writer was in. Schultz sings, “Angela it’s a long time coming/The strangers in this town/they raise you up just to cut you down.” The songs consists of a constant plucking sound from an acoustic guitar along with the occasional chord from the piano. Due to this blend of musicality, a calm, yet reflective feel is maintained throughout the song. The song ends with Schultz singing, “Home at last” and fading out with a sweet hum.

Although the non-deluxe version of the album is only about 34 minutes some may believe it to be a fresh and easy listen. The album’s short full length time allows listeners to get through the whole album without a need for it to be over. The band shows the ability to know when a song is as good as done. Having their longest song be 3 minutes and 37 seconds none of the songs on the album become tiring.

The Lumineers once again have succeeded in grabbing the attention of their fans. Cleopatra creates a rather thoughtful 34 minutes to anyone who is listening. With the talented combination of sounds throughout the album, as well as more of Schultz’s unique vocals, The Lumineers are able to make a stellar sophomore album. By weaving in similarities from their previous album with a couple of fresh, new sounds, the band’s entire persona is enhanced through Cleopatra.