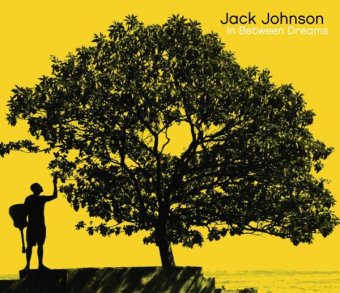 Jack Johnson's "In Between Dreams" 2005 album is filled with relaxing tunes.

On March 1, 2005, Jack Johnson, a former Hawaiian pro surfer, released his third musical album, In Between Dreams. Johnson’s album was released by Brushfire Records, a record label that he, along with his friends Chris and Emmett Malloy created in 2002 to produce the music for their surfing documentary. In Between Dreams features Johnson (vocalist and guitarist), Adam Topol (percussionist), Merlo Podlewski (bassist) and Zach Gill (pianist).

In Between Dreams is filled with a plethora of soft and relaxing tunes, that give off a very calm vibe to listeners. Many of the songs, such as track one, “Better Together,” and track fourteen, “Constellations,” express the importance of taking the time to sit back, loosen up, and cherish even the smallest moments in life. In “Better Together,” Johnson sings, “I believe in memories they look so pretty when I sleep.” This line goes along with idea of living life to the fullest. It shows how one can always look back on their enjoyable experiences as memories last a lifetime. In “Constellations,” Johnson sings, “To lay down underneath the stars, listen to all translations of the stories across the sky.” Through the lyrics of this song, Johnson explains how even a simple activity such as lying under the stars on an ordinary night can be a special experience.

Chris Bruce (’18) appreciates the mellow sounds of Johnson’s album. A trumpet player and music enthusiast in several musical groups at East, Bruce feels “Better Together’ is in a very upbeat key.”

“It makes you think of a nice open field of grass under a clear blue sky,” said Bruce.

Track four on the In Between Dreams album, “Good People,” diversifies itself from many of the other songs on the disc. While maintaining the tranquil theme present in all of the other songs in the album, “Good People” distinguishes itself as being under the category of a protest song. The lyrics of “Good People” explain Johnson’s disapproval of all of the violence displayed on television shows. In the song, he puts forth the idea that there needs to be more positive programs on television to brighten up people’s days, rather than shows filled with brutal and disturbing scenes. In 2005, the year In Between Dreams was released, “Good People” gained international attention. The song rose to number 29 on the U.S. Billboard Modern Rock Tracks list, and number 50 on the UK Singles Chart.

Johnson’s consistent mellow music throughout his album In Between Dreams has a tranquilizing effect on the listener. The songs are very easy to listen to, and calming. Since 2005, Johnson has released three other albums including Sleep Through the Static in 2008, To the Sea in 2010 and From Here to Now to You in 2013.