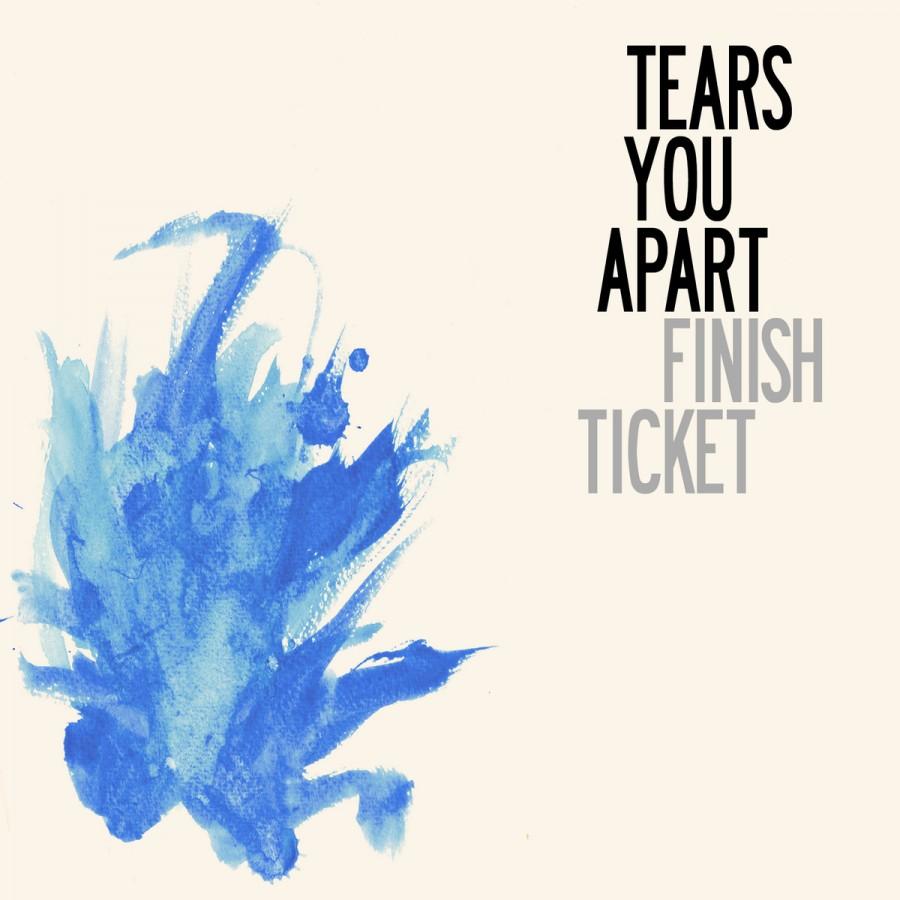 Finish Ticket, a band made up of friends and siblings from the town of Alameda in California, released its debut album, Tears You Apart in Feb. 2013. Recorded and mastered by Castle Ultimate Sound, Tears You Apart is featured with the indie-alternative rock vibe that sounds similar to bands like Young the Giant and Foster the People. Guitarist Alex DiDonato with drummer Gabe Stein and bassist Michael Hoye manage to keep a stable sound in all of the songs, especially with the vocalist and keyboardist Brendan Hoye.

Some songs like “Tranquilize” and “Pockets,” have vocal transactions from Brendan Hoye that range from a high-pitched voice to a tone that is a lot deeper. The vocals fit together with the same tune as the other instruments playing in the background, which makes these songs soothing to listen to. DiDonato has a larger role in the song “Tranquilize” than some of the other tracks of the album through a solo halfway into the song that fits together with all the keyboard notes.

Even though Tears You Apart sound has its distinctive sound, Brendan Hoye’s voice can sound extremely similar to that of Sameer Gadhia, who is the lead singer of Young the Giant. In the track “Catch You On My Way Out,” Brendan Hoye sings, “Nah, I put my feet down anywhere” which replicates the same pitch as Gadhia’s in Young the Giant’s more recent single “Mind Over Matter.”

Tears You Apart can also be easily compared to Foster the People’s Torches due to the similar song patterns and sounds. The song, “Lying Through Our Teeth,” is an example of this musical pattern of repeating the second chorus in the song twice and having a musical solo that stuns listeners. In Foster the People’s song “Broken Jaw,” roughly a minute is dedicated to different keyboard notes and hypnotizing sounds in the background. While “Lying Through Our Teeth” has that same keyboard usage, the band also includes the sounds that were used in the prior track “Naïve-Tea.” The additional sounds make the song more elegant and creative than “Broken Jaw.”

If you are looking for a song that sounds less alternative and indie, “Killing Me” contains a rock vibe that is a pleasure to listen to. The guitar and bass are easily heard and the overall tone of the song sounds rougher than the song “Doctor.” The keyboard and drums still have an important role in the track; however, the guitar takes the lead in this tune, standing out on the album.

Overall, Finish Ticket’s debut album, Tears You Apart, opens doors for newer bands to take an unusual approach on indie music by adding more keyboard and piano into every song, and also by making sure that the drums, bass and guitar are just as important. If you are looking for an album that sounds professionally produced as well as breathtaking, look no longer. Finish Ticket, although as small as the band is, will sooner or later breakthrough and become a huge sensation.