What does RBG mean to you? 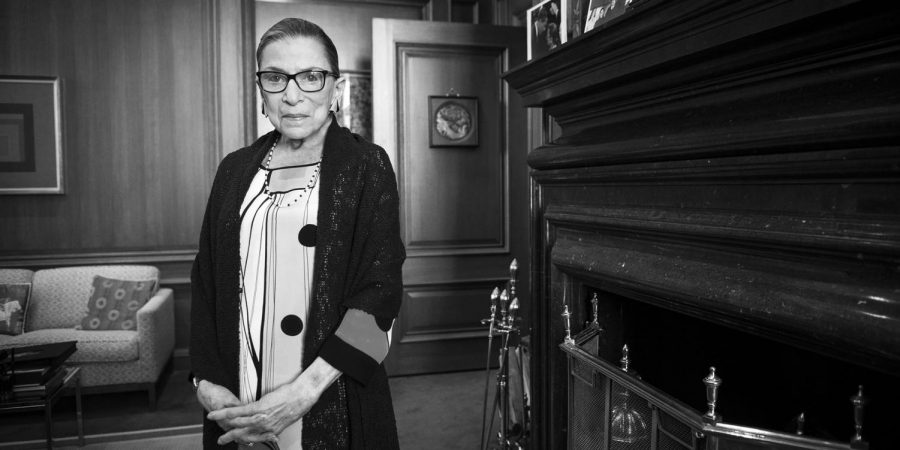 Although RBG has passed, she has left an undying impression on America.

Ruth Bader Ginsburg passed away on September 18, 2020 in Washington D.C. She was a Supreme Court justice and role model to so many kids, teenagers, and adults across the globe. She played a vital role in many Supreme Court Rulings. Although she is no longer physically here, she will still be remembered by so many because of her memorable actions and legacy. She has left her mark on this world after fighting for gender equality and women’s rights throughout her law career.

Lisa Gorbati, (‘21) said, “She inspired me to stand up for what I believe in and her actions will live on.”

Ginsburg said, “Women belong in all places where decisions are being made.” This quote resonates with Emma Greenberg, (22). Greenberg said, “RBG was a bold feminist who represented what it means to be a fearless woman. She was also a great Jewish role model to me.

Jesse Sklar (‘24) said, “Ginsburg was an inspiration for minority groups and less privileged people. She spent every moment of her life fighting for what she believed in; even from her hospital bed.”

Max Gaffin, (‘22) said, “RBG was a trailblazer for rights of women and men across the United States. She represents everything that I hope to be one day- a person who stands for things bigger than themselves. She inspires me to be the best leader that I can be and she makes me think that I can do whatever I set my mind to.”

Grace Pierlott, (‘22) said, “I aspire to be half as strong as RBG was and will always look up to her as my role model. Her strength, dedication, commitment to her job, her family, and fighting for a more equal America was inspiring.”

Lalitha Viswanathan, (‘22) said, “I really appreciate that she kept warm friendships with people who had polar opposite political opinions as her own, which is a practice that most Americans should adopt. Also, her impact on abortion reform and female independence will forever leave an impact on this country. I believe that every woman is indebted to RBG due to her contributions for all of us.”

Sophie Neuwirth, (‘23) said, “It was so empowering to see a confident and passionate woman like RBG hold such a high position in our country.”

Ilana Chase, (‘23) said, “RBG inspired me to always try and achieve my goal no matter what. Also, she helped many generations believe that women can do anything.

Alisha Fazal, (‘22) said, “RBG is a huge inspiration to me, as she overcame so many obstacles that she faced because she was a woman.”

Tharunika Govindasamy, (‘22) said, “I looked up to Ginsburg in numerous ways for she was respectable, intelligent, and an independent woman who stood for women’s rights and never once let down her supporters. Her death is not only devastating, but makes me quite anxious for the threatened future of women empowerment in this nation.”

Ginsburg will be missed, but her legacy will live on for generations.