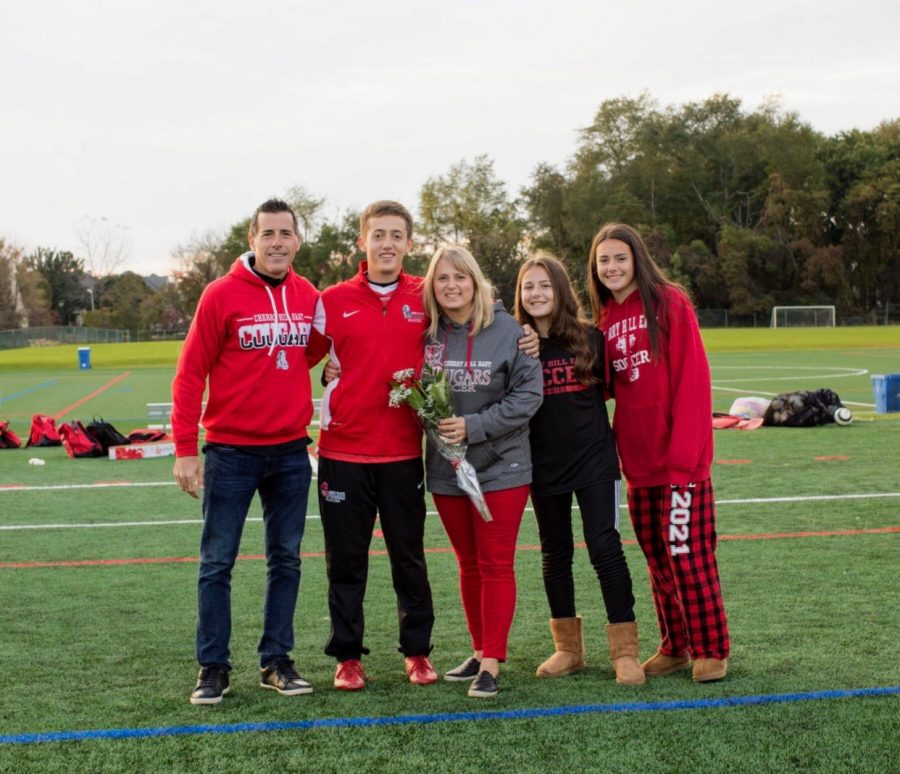 The Disney trip, to some, was just a fun experience with friends, but for Stephanie Newcomb (‘89) and Mark Newcomb (‘89), it was the beginning of their lifelong love and family. Before the senior trip to Disney World, Mark and Stephanie Newcomb were just acquaintances. They shared some mutual friends and knew about each other, but before the senior trip that was the extent of their relationship.

Stephanie Newcomb said, “[Mark] asked my friend if she thought I would go out with him, and she said no. When I heard this, I said go back and tell him I would date him.” After this, they started talking and eventually began dating.
They dated for the majority of their senior year, however, they broke up before college. They did not date for seven years after high school.

Stephanie Newcomb said, “I always thought of Mark as the one that got away.”
Then, seven years later, they reconnected at the Jersey Shore.

Stephanie Newcomb said, “A mutual friend knew that I liked him still, and she saw him at a bar and reconnected us.”

When they began dating after their seven year hiatus, they decided that Cherry Hill was the perfect place to start a family of their own.

Mark Newcomb said, “Our families lived in Cherry Hill and we knew the schools were good. We both lived in the area. I lived in Philly, and Stephanie lived in Marlton. We had a lot of familiarity with it, and on the course of our marriage, Cherry hill became more of an option. We knew it was the right fit.”

Their son Alex Newcomb (‘19) graduated 30 years to the day they graduated.

From their time at East to their children’s time at East, they have noticed a few changes. They both agreed that the curriculum has gotten more rigorous since they were East students.

Mark Newcomb said, “There is a lot more pressure academically than there used to be.” He also added that “the sports were more competitive, and there was more success.”

However, some things have not changed since their time in East. Mark Newcomb said, “Every time I walk back into that school it takes me back to 1989. It is a moment of deja vu, and all the memories come back.”

Stephanie Newcomb added that one thing that has not changed is the facilities.

Stephanie Newcomb said, “I like the idea that we went to the same high school that our kids also went to. It makes us feel a part of the community.” She then went onto say that “It is so crazy on back to school night to see all the people, just like us, that come back here and start families.

Kate Newcomb also sees the upside of her parents attending East. She said, “It is nice because on Back to School Night, they do not need a map or for me to explain where my classes are.

Cherry Hill has always been the place Mark and Stephanie Newcomb call home, and now they get to pass it onto the next generation.

Mark Newcomb said, “I always was so proud of my time at East, and now I get to watch it all through [my children’] eyes. It is nostalgic, and it is cool to have the school in common.”