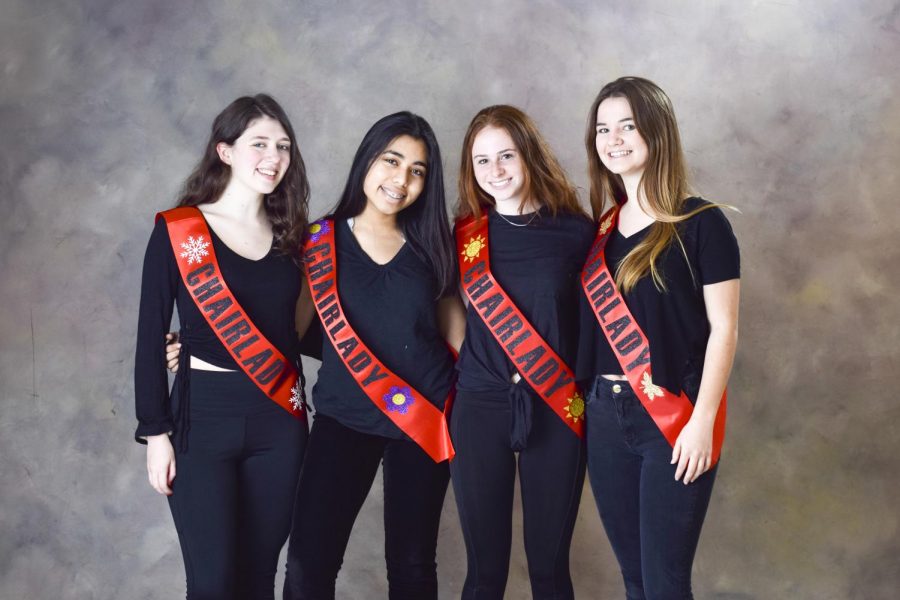 Though the contestants for Mr. East are undoubtedly an important part of the show, there are six other people who some might consider just as important who run everything behind the scenes – from Men’s Wearhouse to the Choir Room.

This year, these six chairladies, as they are called, are Amanda Kahn (‘19), Dani Lazarus (‘19), Julia Langmuir (‘19), Lindsay Kaplan (‘19), Mandi Karpo (‘19) and Nafessa Jaigirdar (‘19). Kahn, Lazarus, Langmuir and Jaigirdar are all host chairladies, while Kaplan and Karpo are dance chairladies.

“The overall chairs…chose the theme…we also do a lot of work organizing for the charity, because ultimately it’s a charity event,” said Langmuir.

This year’s charity is Hopeworks, which aims to end the “cycle of violence” in Camden through education and technological literacy.

“[Hopeworks] automatically hooks [the kids] up with jobs so that they can really change their lives,” said Jaigirdar.

A representative of the charity, Daniel Rhotan, will be coming to speak at the event, according to the chairladies.

The quotidian operations of the host chairladies are busy, getting sponsorships, organizing trips with the boys to Men’s Wearhouse as well as other roles.

“We do a lot of working with each other…working on the script and working on sponsorships, we’ve taken the guys to Men’s Wearhouse to get their tuxes fitted and get video footage for all the stuff we’re gonna have in the show…,” said Langmuir. “We’ll stay in contact pretty constantly to make sure we’re getting stuff done.”

The dance chairladies, on the other hand, are responsible for the dance segment of the show, as well as keeping things contained behind the scenes the night of the competition. They are also there to help the guys decide on songs or give dance advice to any contestant who needs it.

“Our main role is to choreograph the first 10, 15 minutes of the…show,” said Karpo. “Which is basically an introduction to give the audience a tease of what the audience is gonna get from the show; we really made sure to try and incorporate [the contestants’] personality along with their month.”

“All the songs are based off of the man of the year theme and also…different things about the year like seasons,” added Kaplan.

On the day of the event, the host chairladies serve as MCs while the dance chairladies help corral the guys backstage.

One challenge for the chairladies is making sure bias doesn’t get in the way, since all of the chairladies know at least some of the guys competing in the show. The chairladies do this by trying to give everyone equal time and picking contestants with the help of the senior class (via ballot) instead of just themselves.

The chairladies are very much looking forward to seeing the diverse group of contestants strut their stuff and seeing the contestants outside of their normal classroom personas on April 5.