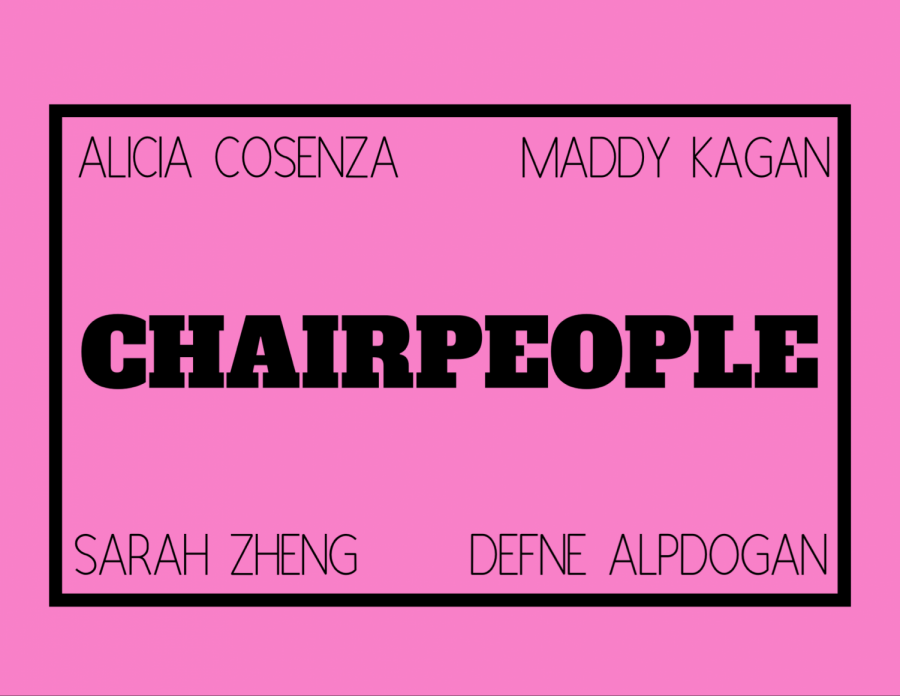 Though the school year has moved online, Mr. East will still go on! While senior boys perform for the rest of the East community, the chairpeople will still be running the show.
This year’s team of chairpersons consists of Defne Alpdogan (‘20), Alicia Cosenza (‘20), Maddy Kagan (‘20) and Sarah Zheng (‘20). Being a chairperson certainly is not an easy job. At the original event, they were supposed to MC the performances, speak about their chosen charity and give the audience a fun-filled night.
Due to the online performance this year, they were forced to adjust their plans. The actual event will be a video that they will put together, using clips from contestants’ own home videos.
“We are thinking that we could splice all of the contestants’ portions from content that they make at home and eventually we will make that our video. It will probably be released through Facebook or Youtube Live,” Cosenza said.
The chairpeople plan on still giving the contestants sashes and the event will be judged by a panel of teachers prior to the video being released.
“We are trying to keep the event as close to the in-person Mr. East as possible,” said Alpdogan.
Additionally, as Mr. East is ultimately a charity event to donate money for a certain cause. In the midst of this pandemic, the money being raised would be donated to a COVID-19 relief program.
“We aren’t exactly sure how the donation part of Mr. East will work, but we really hope that it will still happen,” said Kagan.
Another important role that the chairpeople had prior to the closing of school was the theme for Mr. East. This year the theme is occupations.
“We did a lot of work to make sure the theme was unique and would work with a lot of different songs. We think that it allows the boys to have a lot of creativity when it comes to their acts,” Zheng said.
The chairpeople have shown resilience throughout the process of setting up Mr. East. While organizing it during school is hard on its own, creating an entire event remotely takes even more dedication and hard work. They are very excited to bring an exciting and entertaining event to the homes of the East community!