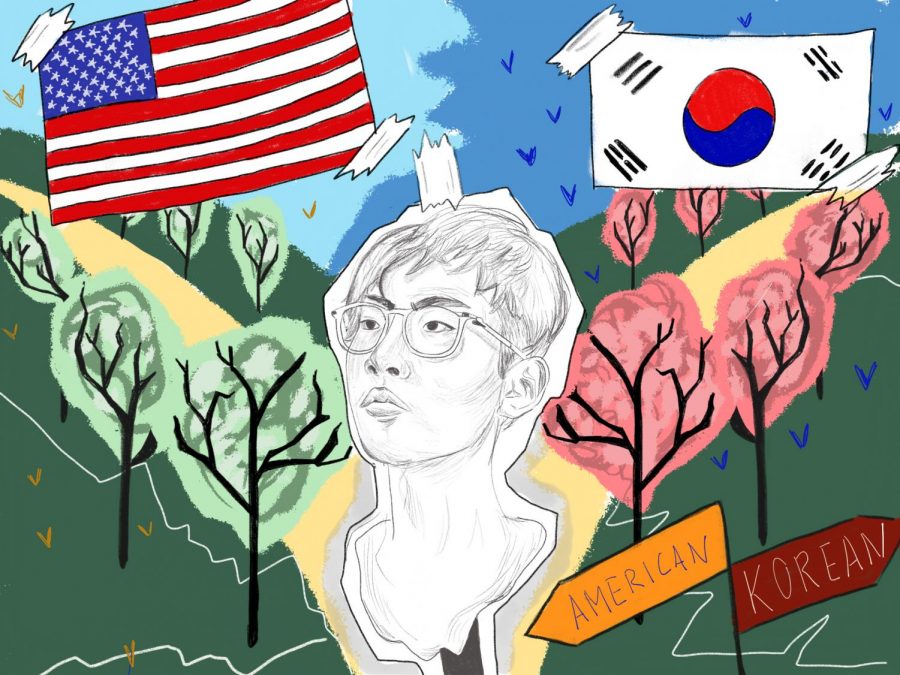 As a first-generation immigrant, I felt a cultural divide growing up.

As a Korean-American, I am able to experience the best of both cultures. In September, I celebrate Chuseok, which commemorates the harvest by eating certain foods. Whereas in November, I celebrate Thanksgiving by stuffing myself with turkey and mashed potatoes. However, it’s been a cultural struggle as a first generation immigrant because sometimes I just don’t feel like I fit in either side.

Growing up, I went to a predominantly white elementary school in Deptford, NJ, and I don’t remember meeting any other Asian kid at my school. When there weren’t any other Asian kids at my school, kids looked at me weirdly because I looked differently than everyone else. I wanted to fit in badly, and in order to do so, I didn’t want to be any different compared to other kids. As a result, I didn’t want my mom to pack my lunch anymore because she cooked Korean food that smelled “bad” and “fishy,” according to other kids. I even remember telling my mom to not talk to me in Korean when she came to school because my classmates would say insults, like “ching-chong” behind my back. As a kid trying to fit in, I had abandoned a part of who I was, and I slowly drifted away from my Korean roots.

When I was about seven, my family and I went to visit my mom’s relatives. Even in Korea, I didn’t feel like I belonged there. I didn’t know how to speak the language, and I didn’t know much about the culture. When I attended a Korean school near my grandparents’ home, I felt completely out of place, even more so than at Deptford. Everything was just so different. As a confused and naive kid, it felt like a different planet. It was only then when I realized how stuck I was in between the two cultures. I wasn’t Korean enough, but I also wasn’t American enough.

Unlike many other first-generation immigrants that I know, one of my parents lived in America for a long time before I was born. My dad, uncle, and grandparents moved to Philadelphia when my dad was around ten because my grandfather had an assignment there for the South Korean Navy, but they moved back to Korea. When my dad was about to become a sophomore in high school, my dad’s parents decided to move back to the states, but to Cherry Hill instead. He attended Cherry Hill West, and he had to relearn English. Because my dad had been in the country for so long, the barriers that many of my first-generation immigrant friends had to face, like communication and understanding all of the customs and laws here, aren’t as prevalent.

My grandma desperately wanted me to learn Korean, and she taught my sister and I over the weekends when I was much younger. But I hated the lessons, and I saw learning my ancestral language as a burden, not as a gift. Looking back on the past, I regret not learning how to fluently speak Korean. Since I was born my mom has spoken to me in Korean, so I can understand about 90% of Korean. Because of my grandmother’s lessons, I can also read Korean albeit very slowly, and it’s hard for me to translate what the words sound like to what they actually mean. That has been one of the biggest barriers in me fully connecting with my Korean identity.

However, I did feel a connection to Korean culture growing up, and it’s because of my parents that I had and still have that connection. I’ve always attended the same Korean church for most of my life, and it’s thanks to those weekly visits that I felt grounded and a part of a culture, which was bigger than just the food that my mom cooked at home. Additionally, when I was really young, I started doing Kumdo, which is a Korean martial art that’s similar to fencing. Again, like church, I started to feel like I was embracing the roots of my culture and grasping what my cultural identity was.

As a first-generation immigrant, there is definitely that feeling of being in between American and Korean. As I grow up and learn, I become more satisfied with my identity although there is still a way to go in terms of fully understanding my culture.