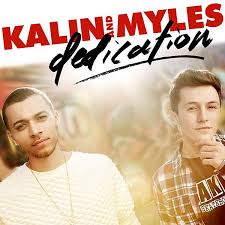 The EP Dedication by Kalin and Myles is definitely enjoyable. The duo, Kalin White and Myles Parrish from the San Francisco Bay Area, is doing extremely well in the R&B, pop and hip-hop worlds.

Their songs are very upbeat and energetic. The group’s EP, Dedication only has four songs on it. The best song on the album is “Trampoline.” The song has a beat that is kind of old school, but has modern aspects to it as well. The piano is very entertaining and adds a lot to the song. There are a lot of other instruments, but the piano over powers all of them. The lyrics are made for teenagers because they are somewhat immature, but they are cute and are fun to sing along too.

The least enjoyable song on the EP is the title track. Although the song wasn’t horrible, it didn’t really compare to the other songs on the album. The beat never changed and so it became boring after a while. On the other songs, the beat picked up and changed quite a bit. On “Dedication,” the lyrics were also a little too repetitive, which makes the listener zone out a little bit. Also, it uses the same instruments the whole time instead of changing it up.

One of the best parts about this album is how each song is so different. Although they are all extremely upbeat, they each have their own special feature that makes them individual. For example, “I Don’t Really Care” sounds like an electric dance music song, and has a really different kind of beat. “You’re the Only One I need” incorporates the use of a saxophone.

Overall, the EP has songs that were extremely entertaining and fun. They are perfect for any age, especially teenagers. The lyrics in each song are very positive and upbeat, which are very enjoyable to listen to.