Finding the opportunity to dance at the renowned Carnegie Hall at 16 years old, it comes as no surprise that Samantha Zweben’s (‘01) ardent mindset has paved the way to the start of an efficacious career. With the pursuit of accomplishment, Zweben’s work ethic has landed her spots as a cast member of the popular television shows, “Law and Order” and “Criminal Minds,” as well as the classic duo, Step Up and Step Up 2.

She said, “Though it seems like some actors just ‘hit the jackpot,’ there is a lot of hard work that the general population can’t see.”

Like any star-on-the-rise, Zweben spent much of her teenage years gaining experience within the field of performing arts. While she attended East, Zweben danced every day outside of school. Having such a keen love for the sport, she, along with Natali Gleimer (‘01), created the East Dance Team.

In college, Zweben danced for the Towson University Dance Team—the 13-time national dance champion—currently the number one team in the United States. 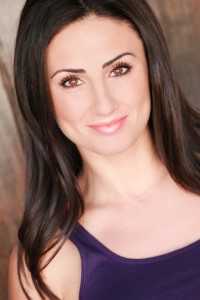 “It was the hardest activity I was ever a part of. I felt challenged every day. It was tough on my nerves, hard on my body and rough on my soul. It taught me that sometimes when you think you’re working your hardest, you can always work harder. [The experience] prepared me for [the] life of an auditioning actor,” Zweben said.

Zweben met one of her biggest breaks when she was cast in the acclaimed dance film, Step Up and the legendary television series “Law and Order: SVU.” After hearing about Disney’s and Touchstone’s new project, she went to Maryland to audition and ended up having to audition not once, but four times before she was cast as a dancer in the film. Zweben was cast in “Law and Order: SVU” after she spent eight weeks taking a class with the casting director.

Zweben said, “I didn’t like being ‘killed’ and I definitely didn’t enjoy being stuffed in a trunk, but the finished product made everything worth it.”

Though she currently calls West Hollywood home, Zweben still strives to put all of her passion towards her work, ultimately speeding up her budding career.

“My advice for any East students looking to break into the entertainment industry would be to work hard. Nothing [in life] is handed to you,” she said.

Zweben comes to show that the promising future natural talent seems to depict depends strictly upon not only one’s everlasting fervor, but the ultimate necessity of an excellent work ethic.