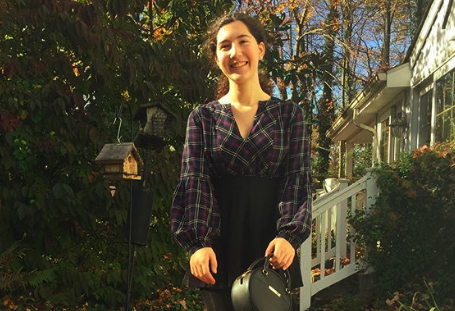 For my challenge, everyone thought it would be hilarious if I wore sweatpants for 20 days. (Fun fact: I failed my challenge. I failed it miserably.)

Why would it be so funny for me to wear sweatpants? Probably because I’ve been overdressing almost every school day since late elementary school. And when I say overdressing, I completely mean overdressing. I don’t know if anyone else wore J.Crew in fifth grade but I sure did. Luckily I’ve grown into a slightly less preppy style in the years since but I still take extreme care in how I dress. But before this challenge, I did not realize how closely related the way I dress and my perception of myself are.

Day One: I’d like to admit something. I own one pair of sweatpants (the others were all borrowed). My one pair of sweatpants is bright turquoise and has the words “Ocean City” down the side. I think I bought them during a trip in middle school. Before this they had never been worn outside of my house and they will never be worn outside of my house ever again. On day one, I wore those garishly bright sweatpants to school and had a terrible day. I’ve never quite as acutely known what it feels like to want the ground to swallow me whole. Something felt so fundamentally wrong and out of place. I know I have a penchant for melodrama but I am not exaggerating when I write that I was having a legitimately hard time.

Day Two: Do I know if these count as sweatpants? Not really. Were they leant to me as sweatpants? Yeah. So I went with it (especially because athleisure is also not something I wear). This was my favorite outfit of the five, mostly cause I was able to dress it up with shoes and accessories. I felt the closest to normal during day two.

Day Three: Another admission: I don’t understand sweatpants. I mean that stylistically, because I do understand the comfort factor. I don’t mean any offense by this but they do not make sense as part of an outfit (especially when worn with a sweatshirt). Usually, if one of your clothing pieces is really oversized, the other piece is supposed to be tighter to keep the outfit balanced. But that does not really work with sweatpants. Day three was another not-really-great day. I have nothing against anyone else wearing sweatpants but it just does not work for me (for reasons that I will get into more later).

Day Four: I took the plunge and wore both sweatpants and a sweatshirt. To no one’s surprise, I hated every moment of it. I felt like I was in pajamas all day which objectively sounds like a good thing, but in reality made it extremely hard to get through my Friday clases.

Day Five: I gave up so fantastically that I wore the same sweatshirt as the day before with different sweatpants. I was not supposed to tell anyone what I was doing for the challenge but I told some of my choir friends (none of whom go to East) and they pointed out how terrible the idea of me doing this for another 15 days was. At this point, I was so uncomfortable in my own skin that I almost started crying in choir (not exactly my most shining moment). I don’t usually quit things. But that night I decided I was not going to be doing this for another day.

What I’ve learned is that I am, and have always been, a control freak. I may not be able to control anything in the world around me but I can control what I wear. In addition, I feel that most teenage girls have gone through some body image problems, myself included. And my style makes up, possibly too much, of my self image.

Who knows. Maybe it worked? After all, I voluntarily wore yoga pants out to dinner the night the challenge was supposed to end. Although, I did dress it up with a black t-shirt, leather jacket, and heeled boots. 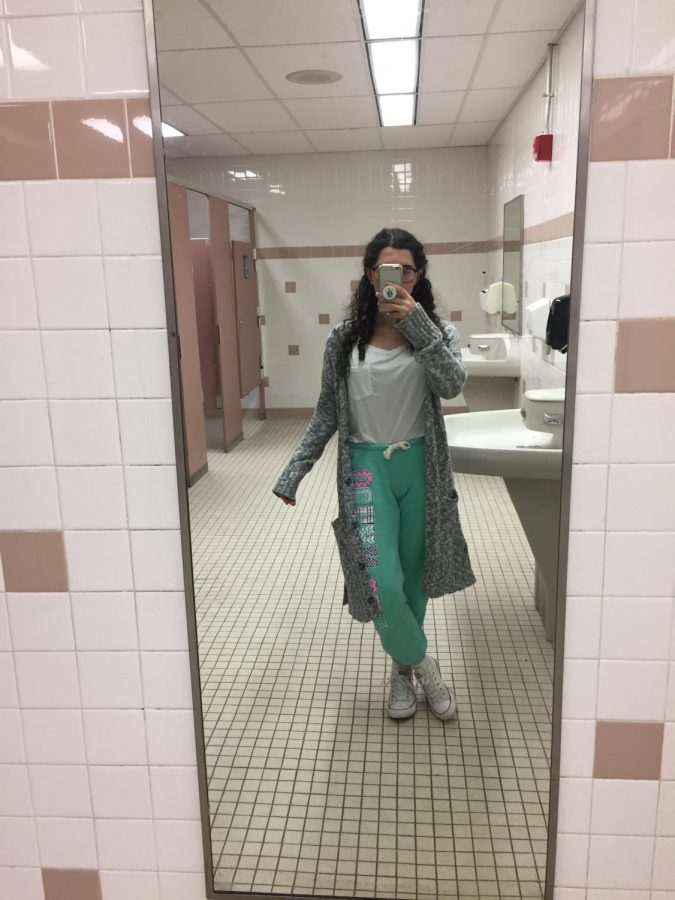