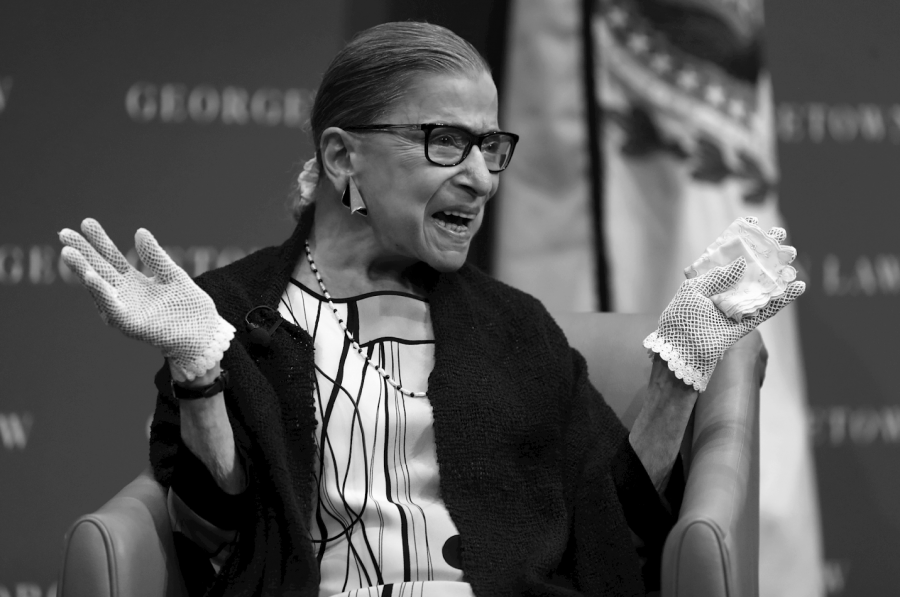 RBG felt honored by her internet fandom when asked about her nickname, “The Notorious RBG.”

“My mother told me two things constantly. One was to be a lady, and the other was to be independent. The study of law was unusual for women of my generation. For most girls growing up in the ’40s, the most important degree was not your B.A., but your M.R.S.”

Today, as the nation commemorates Ruth Bader Ginsburg’s life, it would be an understatement to say that she was a strong and independent woman. She was a legend who stood up for herself and encouraged others to do the same. It was shown by her that being a “lady” and being “independent” are closely connected with each other and she inspired so many females to show what it means to be an independent female.

“You think about what would have happened … Suppose I had gotten a job as a permanent associate. Probably I would have climbed up the ladder and today I would be a retired partner. So often in life, things that you regard as an impediment turn out to be great good fortune.”

RBG’s persistent determination shines through in this quote. After the many hardships in her personal life, she has given strength not only to herself but to the people around her as well. Ginsburg constantly proved to believe in the best of situations and make the most out of every opportunity.

“I … try to teach through my opinions, through my speeches, how wrong it is to judge people on the basis of what they look like, color of their skin, whether they’re men or women.”

To educate and teach others was important to Ginsburg. She was a strong believer in many things, but no matter what she was advocating for, she made sure to leave an impact and strong message behind. As she made a true impact on the nation, RBG was and remains a legend.

“We care about this institution more than our individual egos and we are all devoted to keeping the Supreme Court in the place that it is, as a co-equal third branch of government and I think a model for the world in the collegiality and independence of judges.”

Ginsburg teaches in this quote that sometimes to achieve something great as a whole requires people to set aside personal beliefs. She proved this to be true during her time on the Supreme Court, as she respected her fellow colleagues regardless of their disagreements.

“My grandchildren love it. At my advanced age—I’m now an octogenarian—I’m constantly amazed by the number of people who want to take my picture.”

RBG, also known as an internet sensation, shows her humorous wit in this quote of hers. The “octogenarian” was especially popular among young people, where many stores sold RBG t-shirts, pillows, mugs, and dolls. Being the “Notorious RBG”, it only makes sense that she was known iconically as a force to be reckoned with.

“I would like to be remembered as someone who used whatever talent she had to do her work to the very best of her ability.”

Now, as Ginsburg has passed away, it can be very well stated that she is indeed remembered as someone who did everything she could do in her power to serve the country on the Supreme Court to the best she could. RBG worked hard during her life to bring about change in order to ameliorate the United States in regards to gender and racial equality. Even though she is not here with us today, her legacy and what she has done will live on.