RBG and Scalia: Learning from their Friendship 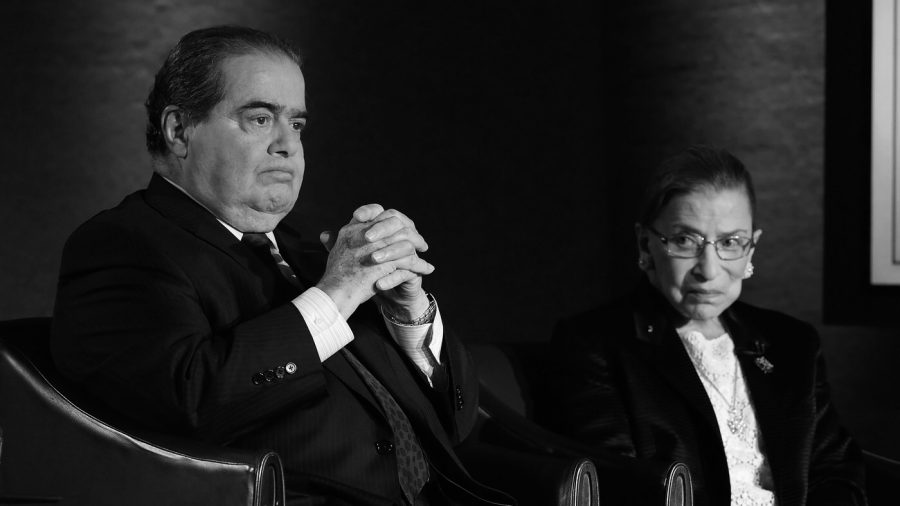 Ruth Bader Ginsburg was a feminist icon. She utilized her strength and skills to empower women all over the world. As the second woman and first Jewish woman, on the Supreme Court, RBG left her mark on this country after years of fighting for equal rights. Aside from her long legal career as a pioneering advocate for her beliefs, her professionalism and respect for her peers created the bipartisan spirit that our country once had.

Justice Antonin Scalia and RBG had a renowned platonic relationship, seen as the court’s most famous odd yet inspirational friendship. Scalia and RBG were two brilliant individuals who were from completely different worlds with utterly contrasting ideologies. RBG was known as a liberal feminist icon who fought tirelessly throughout her career for equal rights and to evolve constitutional texts. Scalia, who is deceased as well, was considered a strong legal conservative who believed in the original meanings of constitutional texts and a limited role for the federal government. Although the two were no match made in heaven, their platonic and professional relationship truly emphasizes the shortcomings that modern American has encountered.

In the current environment, political parties are the way in which individuals identify themselves in this country. Though there is a sheer importance of maintaining political parties, distinguishing oneself through their political affiliation only creates the divide in the country. It is fair to assume that every person in this country has one opinion that differs from other people, whether it be regarding gun control or their favorite pizza topping. As shown by Scalia and RBG, it is normal and fair to have differing opinions, yet discovering commonalities between those perceived as opposites can only generate more respect and understanding of others. Scalia and RBG believed in rulings on different sides of the political spectrum, yet they maintained their close relationship through other similarities in their lives: such as their love of the law, music, traveling, teaching, and fighting for their beliefs. The two had a sense of appreciation for their differences, leaving their minds open to learning from each other and gaining respect for the passion that each of them held, despite what exactly that passion was directed towards.

Our country can learn a multitude of lessons from the relationship between Scalia and RBG. We can learn how to respectfully welcome debates and differences among peers. A democracy is built upon differing opinions and the freedom to voice one’s perspective, yet our country’s fault has been with respecting the opposing beliefs. With little debates or differences, the Scalia-Ginsburg friendship would not have worked, as well as the foundation of our country. Although their relationship was marked by differences, their respect and admiration for one another created the healthy friendship that we all know and applaud.

The year of 2020 has been branded by the several monumental events in our country, from the global pandemic to protests regarding Black Lives Matter. The political deadlock that has emerged in the past months have shown that a bipartisan atmosphere and relationships are at risk in our country. In times marked by a divide, it is essential to create a positive environment by utilizing the lessons that the Scalia-Ginsburg relationship paved for our country. Respect the opinions of your friends, even if they are the opposite of your own. Remain open minded and considerate of the past experiences of others. Try to learn from the differences that you may share with a peer. In memory of Antonin Scalia and Ruth Bader Ginsburg, become tolerant of differing opinions and allow yourself to be willing to learn from others for the betterment of our country.