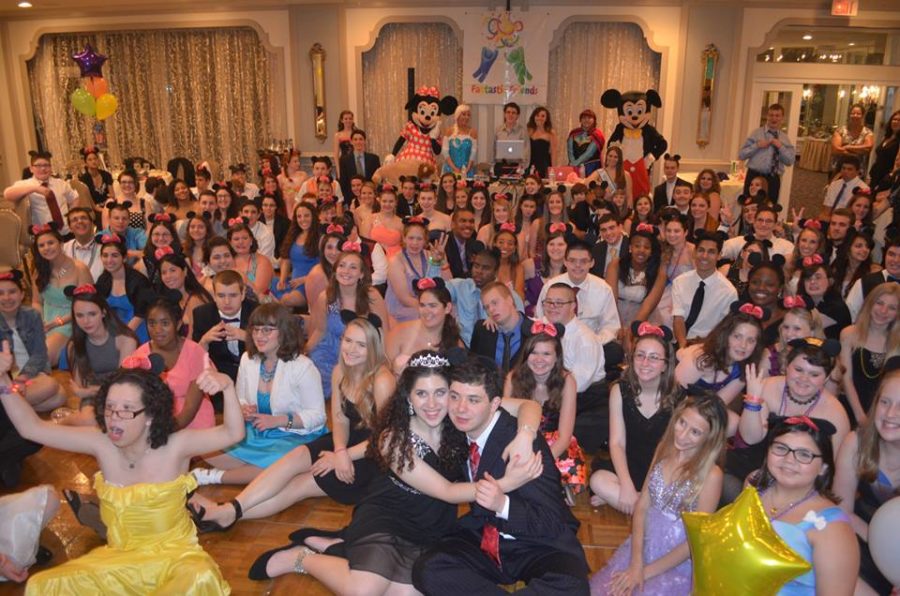 To Marissa Hacker, a 21-year-old graduate from Stockton University and a Cherry Hill native, there is no one more important to her than her twin brother, Matthew Hacker.

Matthew suffers from Autism, and as a result he was often excluded, ignored and emotionally abused throughout high school.

Though Marissa Hacker did not realize this at first, the older she got the more she started to understand just how much of an issue this was not only for her brother, but for all people on the Autism Spectrum. These kids were never quite treated the same as their peers. People would, perhaps even unintentionally, exclude them on what many of us consider to be normal, everyday activities.

“It’s frustrating to see people treat him [Matthew] that way,” Hacker said, “but I know it’s because people don’t know what to do or how to act when they come across someone who is Autistic, has Down Syndrome or other special needs.”

The real turning point for Hacker was the night before her 15th birthday. That night her brother came home crying from a summer camp because he had no friends.

This prompted Hacker, though only in high school at the time, to create the Fantastic Friends: Teens and Tweens Special Needs Social Group, a national organization that provides a welcoming environment for young adults, teens and tweens (ages 13-26) with special needs. Some of these young people have special needs. Some have only limited speaking skills. But in this group, they’re all paired up with other young people for social activities.

The group holds monthly meetings and special events, aiding them in socializing and having fun. And each June, to commemorate a year of new friendships, the organization hosts an annual prom at The Mansion in Voorhees.

Hacker still remembers the first Fantastic Friends event she organized, almost like it was yesterday. “It was a sports day,” she said fondly.

Together, they played wiffle ball and kickball and afterwards, they all went to a local lake and ate pizza as they relaxed on blankets in the sand.

“I wanted Matthew and other teens with special needs to have a place where they could make friends and feel accepted by their peers,” Hacker said. “It’s an organization to bring awareness and unconditional support and love. It’s like being a part of a giant family.”

From completing arts and crafts to dancing the night away at Prom, Fantastic Friends really does give kids with Autism the opportunity to have fun, to interact with new people and to tangentially work on their social skills in a non-threatening environment.

Though the program originated in the South Jersey region, the program quickly spread to other states after Hacker received the Diller Teen Tikkun Olam Award for her leadership in the community. With her newly acquired 36,000 dollar grant, Hacker was able to build seven chapters across the nation, spanning California, New York, Florida, Oregon and Pennsylvania to name a few.

“It’s amazing how much it [Fantastic Friends] has grown,” said Hacker. “There really is a need for it all over the world.”

Ultimately, Hacker’s main goal is to spread awareness. Growing up, she remembers being the only student to ever go out of her way to talk to kids with special needs. This wasn’t because her peers were mean. Rather, this was because she grew up with a brother who had special needs, and knew firsthand the importance of including all kids.

Through Fantastic Friends, Hacker hopes to bridge the gap between those with special needs and those without special needs. She hopes to encourage people to not be afraid to talk to someone new and maybe just maybe, make a fantastic new friend in the process.