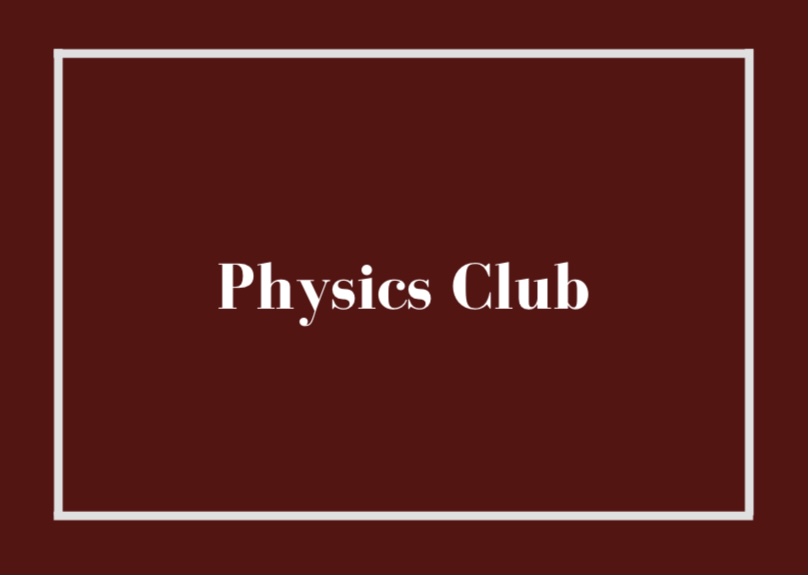 The Physics Club is a brand new edition to the clubs at Cherry Hill East.

Even though physics is a subject that is rumored to be the bulk reason for blood, sweat, and tears at East, there does exist a population of people who adore the subject, so much to the point where a club has been formed. Out of the absurd number of new clubs that formed at East during COVID-19, Physics Club is one of its newest additions.

With an astonishing number of 90 people in its Google Classroom, East Physics Club is a club that encourages everyone to join, no matter the experience in the subject that people have. Physics Club welcomes all students, as beginners will learn to love physics, and people who already have a passion for the subjects will have the opportunity to demonstrate their passion. The club has a new topic each week that is physics-related and a club member does a presentation and experiment as part of the activity.

East Physics Club also bases their experiments and project on real-world examples, which is what differentiates it from an actual physics class. One example is the wonders of the car company Tesla and how it is unique from its competitors. These real-world experiments also encourage participation as well, giving anyone who would like an opportunity, the chance to get involved.

Eric Li (‘23), president of East Physics Club, says, “We want to explain things in the simplest way possible.” East Physics Club is open to anyone joining, including beginners, as this club will be able to educate students as well. As a club with a welcoming atmosphere that encourages learning, it is easy for anyone to get involved at any time of the year.

“I wanted to create this interesting culture that’s unique in its own way,” says Li. East Physics Club reflects that their environment is based on a true passion for the subject, that is either obtained at the club or before, which is one of the many things that differentiate it from a science class lecture. Li also states his concerns with making sure that the club is interactive and not just a place to be lectured. Li emphasized that Physics Club is not only focused on physics but also on enjoyment and having fun.

Li says that he has always loved physics and will continue to pursue his passion for the subject for the rest of his life. East Physics Club was formed mainly due to Li’s personal love of physics, as well as the significantly more free time in quarantine students have than ever before because of COVID-19. Li talks about his future plans for Physics Club that include expanding the club and potentially introducing a talk with a speaker for the club’s members.

East Physics Club has had a good number of meetings so far and is looking to have more in the future. They meet twice a month and are always eager for new and engaged members.