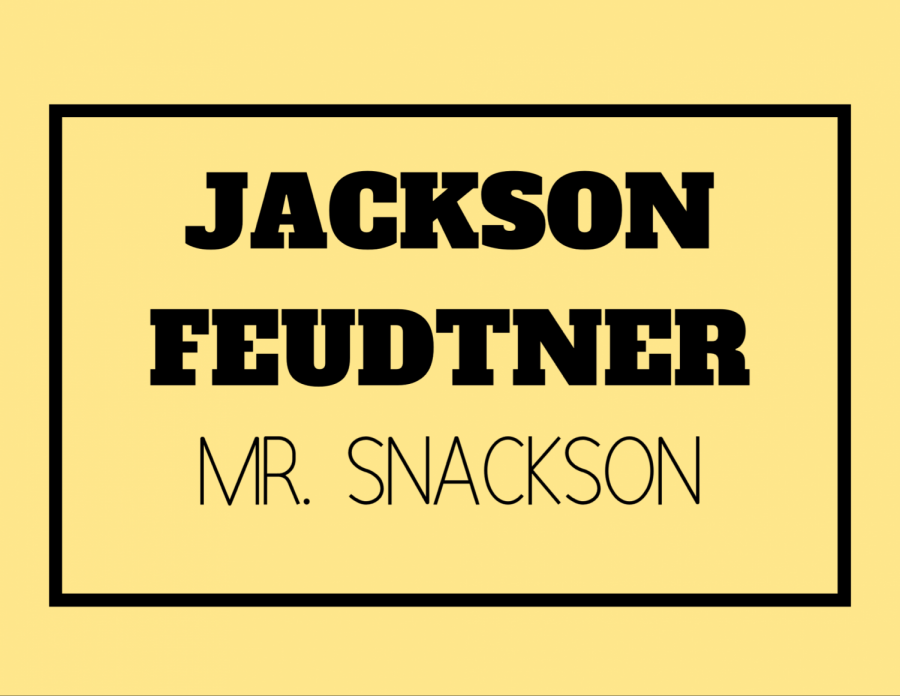 Whether it is juggling all of his stage performances or just clowning around the East hallways, Mr. East contender Jackson Feudtner (‘20), also known as Mr. Snackson is looking to steal the show and the audience’s heart.

Ever since Feudtner saw the Mr. East show when he was in eighth grade, he knew that he wanted to be up on that stage. As soon as the application came out for Mr. East, Mr. Snackson was born.

This year’s theme is occupations, and Feudtner chose to be a clown. Feudtner feels that by being a clown he can show his fun side and he has the opportunity to incorporate his talent of miming.

With the help of some of his friends, Feudtner has decided to also show the audience his talent of singing. Ever since fourth grade, Mr. Snackson has been comfortable performing on the stage and feels that with miming and his other skills he will really entertain the crowd.

“It is something very me and very melodramatic” said Feudtner

Although upset about some of the restrictions that the online version is placing on the competition, Feudtner is still excited for the first ever virtual Mr. East. Despite making some changes to his act to fit the constraints of the virtual aspect, Feudtner feels that he can bring his personality to the stage and being a clown will really bring smiles to the crowds.

This online performance was not expected by anyone, but to him this is the best alternative that they could have come up with to fire up the East students during this unsettled time.

“It is about being able to be vulnerable and having a good time” said Feudtner.

This competition is no joke to Feudtner but will he be crowned “The Greatest Showman?” Find out June 1, 2020 at the first ever online Mr. East competition.