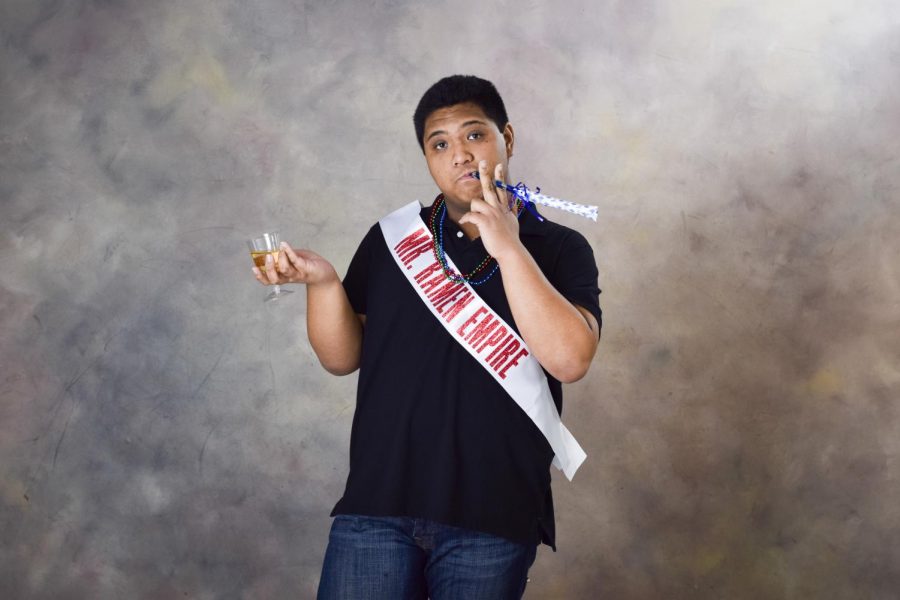 Coming to the Mr. East stage straight from D-Wing is the fabulousness of Vincent Velasco (‘19), or Mr. Ramen Empire.

Though he was not in it from the start, having joined about three weeks ago, Velasco plans to bring a crowd-pleasing show to the East stage on April 5 as he competes in the annual Mr. East competition.

Velasco is the only contestant who was not a member of the original 10 contestants. When Brandon Weinstock (‘19) dropped out of the competition, however, Velasco agreed to step in.

“So I remember about two or three weeks ago I got a call on my phone and it was [Host Chairlady] Julia Langmuir [(‘19)] and she asked ‘could you do Mr. East?’ and I was like…’okay, sure!’” said Velasco.

With only a few weeks to get ready for the competition, Velasco has thrown himself into preparation for the big day.

“I’ve only had two weeks to prepare my act unlike everybody else, so I’ve really been preparing what I’m going to say…what my talent was going to be…” said Velasco. “Now, I’m mostly preparing by…getting my props together and everything I need for my presentation.”

Velasco intends to bring his big personality and presence to the stage, combining his “fabulousness” with aspects of his culture and his extracurricular activities – which include theatre and singing.

“My defining characteristic is…stage presence and I want to use this word, “fabulousness,” because that is centered around my act…” said Velasco. “It’s pretty much in the title, and I can’t say much more than that.”

Mr. Ramen Empire also plans to showcase the activities he enjoys to the audience, hoping that those who do not know him well will be able to get a better sense of who he is as a person.

“A lot of people don’t really know that much about me, so I’m hoping [my act] will bring to light who I really am and what I enjoy doing,” said Velasco.