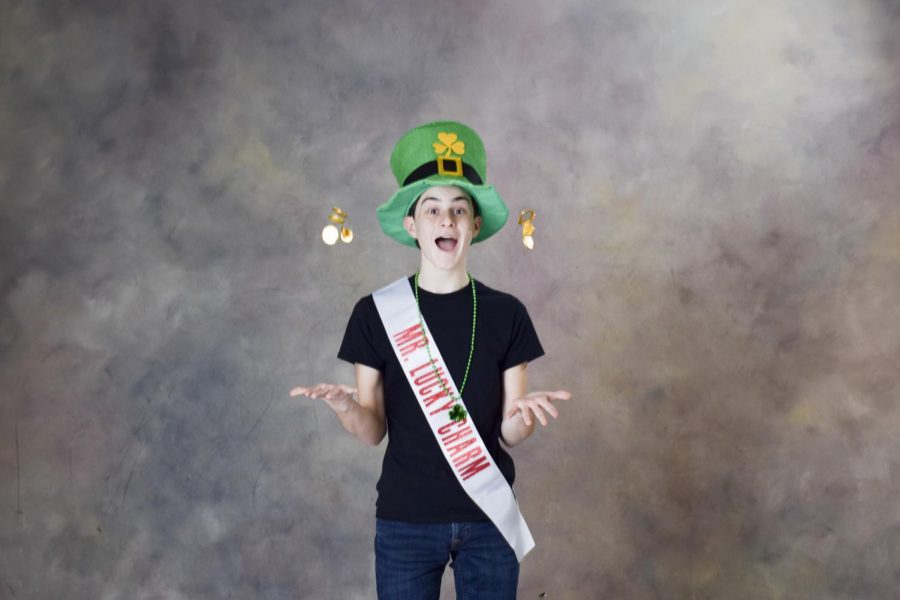 If you’ve gone to any theatre performance or choir concert in the last four years, you’ve probably seen Spencer Levy (‘19). Playing the Rabbi in this year’s production of Fiddler on the Roof, this was Levy’s fourth spring musical. You may also know him from the French Club, Interact Club or even Mime Company. And on April 5 at 7 p.m., you’ll know him as Mr. Lucky Charm in this year’s Mr. East competition.

Levy is representing the month of March, which in his opinion, is the best month of the year, thanks to St. Patrick’s Day, Passover (when it falls in March) and, of course, the beginning of spring.

“My favorite part about [March] is that the end is the beginning of spring. I get the mix of winter… and that nice warmth at the end. My favorite season is springtime…because the flowers are blooming, it starts to get warm and sunny. Water ice opens. Spring break,” said Levy. “It’s just the best season, by February everyone is like ‘Ugh, I just want it to get to spring, it’s cold.’ Then March comes you’re like ‘Yay, it’s spring!’”

Levy is just as confident about his act as he is about his month. He wasn’t inclined to reveal the secret behind his act, but promises it will be just as energetic and exciting as he is.

“I’m doing something that is very unique, very different, and I’m pretty sure it’s never been done before for a Mr. East competition. So get ready for it!” said Levy.

Levy knew he wanted to do Mr. East ever since he saw his brother, Emerson Levy (‘17), participate two years ago. Although Spencer obviously hopes to win, ultimately, it’s fun enough for him to just be involved.

“It’s one of the biggest events of the year; everyone goes to it, everyone knows about it, so being one of the ten guys chosen is really cool,” Levy said.

After Mr. Lucky Charm wins the title of the Mr. East of the Class of 2019, he plans to bask in his glory with some water ice and just enjoy the spring weather he loves so much.