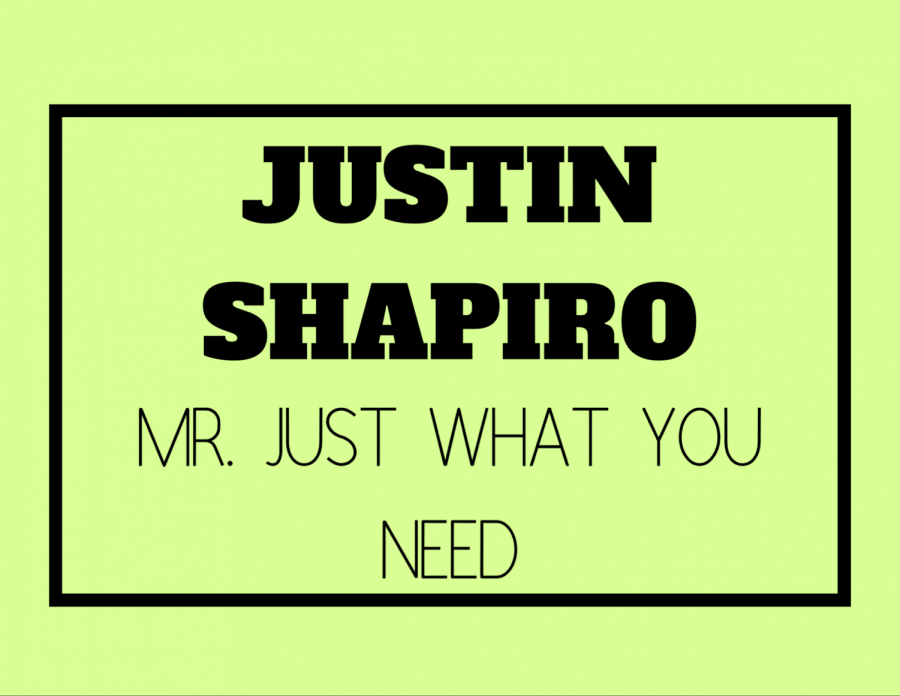 From SGA and DECA to tennis, Justin Shapiro (‘20) has always had a lot on his plate. Shapiro, or “Mr. Just What You Need” is ready to take on the rigorous competition of Mr.East through his talent of multi-tasking.

After watching Mr.East for the past three years, Shapiro was inspired to join this year’s group of contestants.

His act is multi-tasking, in which he describes as slightly unique and not something one might see on a typical Mr. East stage. In his act, he plans to recite a deck of cards while juggling or doing push ups. He was prompted to choose this act because he knew he wanted to do something to stand out.

“It represents how I might think differently than my peers,” Shapiro said.

With this year’s theme being occupations, Shapiro has chosen to be a stay at home dad, one that typically multitasks a lot, in order to capture the judges.

Shapiro considers his act outside of the box, as he believes it is new to Mr. East.

Not only is Shapiro looking forward to stunning everyone with his unique and jam-packed act, but he is also prepared to get some laughs out of the judges during various sections.

“I’m most looking forward to embarrassing myself in the dancing section,” Shapiro said.

Among all of the competitors, he believes Kartik Pejavara (‘20) is his biggest competition. He describes Pejavara as “the jack of all trades who can do anything.”

Will Mr. Just What You Need dominate the competition with his unordinary act and humorous personality during the first ever virtual Mr. East? We’ll see!