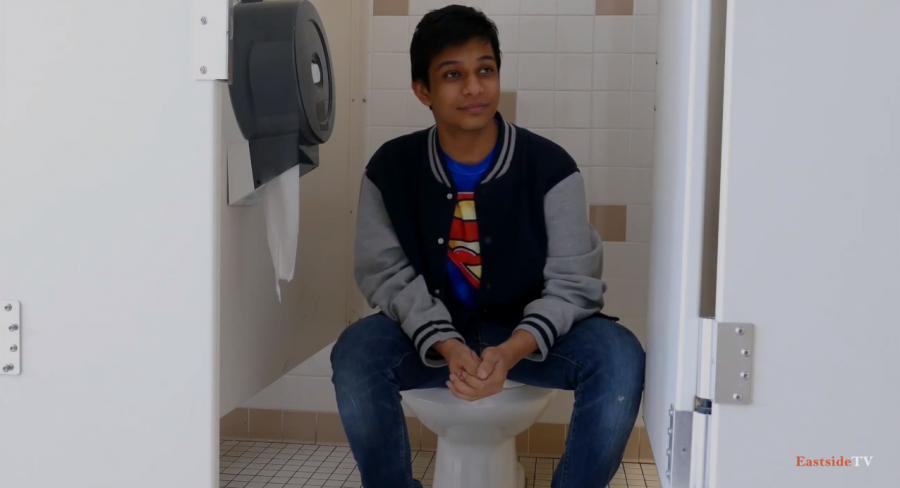 All Mr. East contestants are superheroes for a day, but only one fills the role full time. Mr. Supermandeep, also known as Mike Buhlar (‘15), will fly into the East auditorium on Friday, March 27 after a day’s worth of fighting crime to perform in the annual Mr. East competition.

“People are going to be pleasantly surprised at what we have planned,” said Buhlar. “That’s really all I’m willing to say about what I’m going to be doing on stage on Friday. I’d really like everyone to come out and see for themselves.”

Although many details have been kept under wraps, it is known that Buhlar’s routine will include dancing. But for every superhero, there is a super villain.

Buhlar has a few unique powers though.

“I’m Superman and I can fly,” he said, adding that being stranded on an desert island would not stop him from getting to the show. If he were stranded, he wouldn’t need anything, except for maybe a magazine and his laptop, which can help superheroes and normal people alike during long flights, but Mr. Supermandeep added that to escape the island, he’d “probably just teleport away.”

People are going to be pleasantly surprised at what we have planned…that’s really all I’m willing to say about what I’m going to be doing on stage on Friday.”

In addition to his full time superhero job, Buhlar also rides his bike a lot.

“By myself, with my friends, like a nice day, we’ll go a few miles and come back,” he said.

Mr. Supermandeep also reminds East’s citizens that no superhero is entirely above the law.

“I had some great stuff planned [for the swimsuit portion] and they’re saying it’s too inappropriate… all of the sudden they’re coming out with these no baby oil and no Speedo rules.”

Buhlar is looking forward to the competition, despite whatever rules, desert islands, rival dancers, or super villains trying to stand in his way.