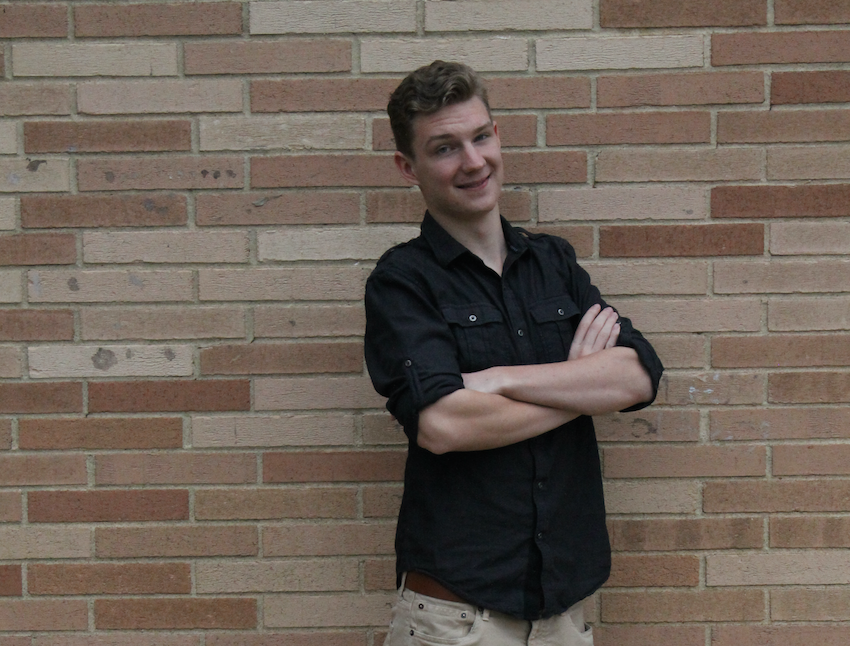 For those of you who haven’t seen him perform on his trombone with Inspiration East, get ready to see Joey Tighue (’16), otherwise known as Mr. Suit and Tighue, take the stage on Friday, April 15 at the Mr. East pageant.

Tighue first saw the pageant during his freshman year, when he was inspired to one day participate in the event.

Although he is keeping his talent portion on the down low, Tighue said that the audience can expect, “a little bit of film, a little bit of music, and a whole lot of fun.” He plans on showcasing two major talents, one that he has been doing since fourth grade and the other that he began pursuing seriously during his sophomore year.

After winning Mr. East, Tighue hopes to enter the film industry. He has taken both Broadcasting 1 and 2, and he has participated in the Moose Film Festival.

Tighue can often be found in D-wing playing in various ensembles including Jazz Band and Symphony Orchestra. In terms of personal preference, he enjoys all music except for country, especially jazz and classic rock.

Challenging opponents, such as Jacob DeBlecourt (’16) and Jack Tremper (’16) might pose as a threat to Mr. Suit and Tighue; however, Tigue brings a unique perspective to the Mr. East stage.

“[I’m excited for] how much fun I’m going to have,” said Tigue. “It’s going to be a good time, and that’s basically why I’m doing this.”

His variety of talents won’t hurt his chances at victory either.

Despite his honest, easy-going personality, Tighue does have one secret for the audience.

“Personally, I wanted to be more of a jaguar [than a cheetah],” he said on his Mr. East animal, “because I think they are prettier than cheetahs. I’m not really fast. I guess I’ve got the charismatic factor.”

Whatever his true spirit animal may be, audience members can expect an entertaining, exciting act from Mr. Suit and Tighue.

“Get ready for a wild ride,” said Tighue.