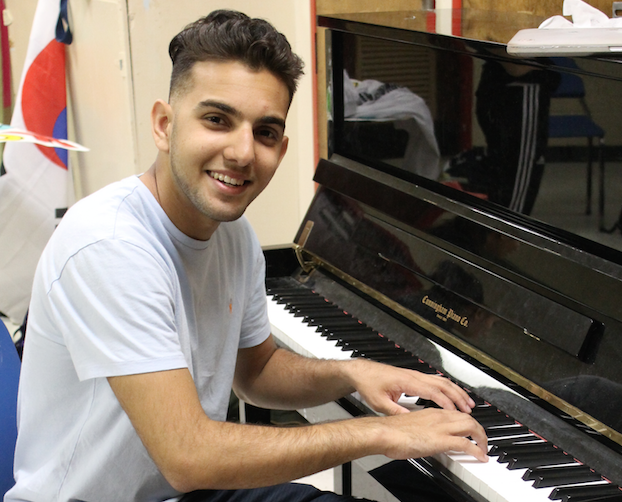 Ready to become the Class of 2016’s King of the Jungle is Shyam Handa (‘16), also known as Mr. Shyampagne Papi. On April 15, Handa hopes to win this year’s Mr. East title. Handa’s interest in becoming a Mr. East contestant goes back to three years ago when he saw his first Mr. East show as a freshman.

“Every year—my freshman, sophomore and junior years—I watched [the Mr. East competition], and I just thought it was awesome. I thoroughly enjoyed watching other people’s acts. I thought ‘wow, this is something I want to do. I want to be a part of this experience when I’m a senior, so when [it was my turn] this year… I decided ‘why not? Go for it,’” said Handa.

“I am most looking forward to the experience as a whole and bonding with the other nine [Mr. East contestants] and making a dope show for everybody to watch,” said Handa.

Since Handa has had a chance to bond with the other contestants, he has seen and heard about the others’ special talents. After getting a sampling of some of the others contestants’ acts, Handa thinks that Sam Greenberg (‘16) is his biggest competitor.

“Sam Greenberg [is my biggest competitor] because I hear he is a great whistler,” said Handa.

While Handa admires Greenberg’s whistling, he is not willing to divulge what he will do for his special talent; he wants to keep it a surprise. However, Handa did say that a piano will make an appearance in his act. Handa played piano for four years, but he stopped when he was 14-years-old.

“I’ll be able to do [my special talent soon]. My special talent is a surprise. No, I actually can do the talent, but I’m just not too good at it yet… I will be playing the piano, though,” said Handa.

The animal that Handa will portray at the Mr. East competition is a monkey. He thinks that the monkey suits him best due to his physical resemblance to monkeys.

“I think I physically look somewhat like a monkey, and I can make a pretty good monkey face. People even say I look like a monkey. Monkeys tend to be wild, and I think I am somewhat wild, but I do not like bananas,” said Handa.

Handa is looking forward to becoming King of the Jungle on April 15.