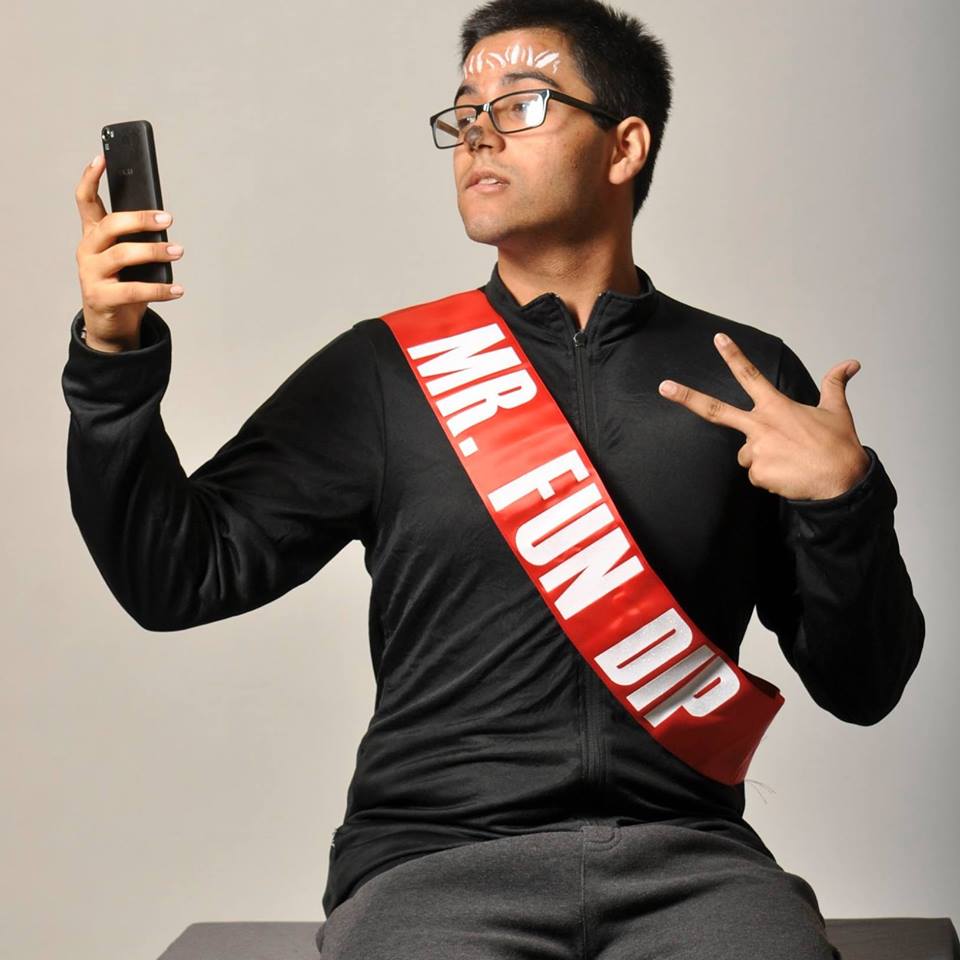 A true character, Dipto Chakravarty, also known as Mr. Fun DIP, is ready to “own” the stage on Friday, April 15. In fact, Chakravarty has actually been “owning” the stage for quite some time now.

“I did plays in my freshman year and I’ve been participating in Multicultural Day ever since 10th grade,” said Chakravarty commenting on his stage experience. “Outside of school I’ve also been performing in plays.”

Chakravarty notes this passion and love for the stage as his key reason for desiring to be a Mr. East contestant.

“I’m looking forward to showing people my talent and to perform again because I just like performing for people,” said Chakravarty, “Yeah, that’s why I’m doing Mr. East, I just like to express my talent.”

Despite his onstage talent, when initially selected as a Mr. East contestant, Chakravarty was undoubtedly in shock.

“I was actually very surprised when I found out I was one of the contestants,“ said Chakravarty. “I expected other people to win, but turns out I won a spot!”

Throughout his four years at East, Chakravarty has not only acted in plays, but also been an active member of the East Vocal Department. A proud member of Concert Choir, Chakravarty merely uses choir as yet another outlet to express his astounding creativity.

As aforementioned, Chakravarty is also extremely proud of his Indian heritage. Due to this pride, he wishes for that component of his life to be the forefront of his Mr. East special act.

“I’ve been doing Indian dances since I was a kid and it seemed like the perfect special talent,” said Chakravarty. “This year I’ve been trying to explore even more styles of dance, so you’ll see that in the act also.”

In terms of winning Mr. East, Chakravarty “doesn’t know yet,” as he feels that “only time can tell.” Nonetheless, Chakravarty did mention that another Mr. East contestant, Mr. Shyampain Papi, Shyam Handa, may give him a run for his money.

“Because he’s doing a similar act and basically we have the same friends who are helping both of us with our acts, I feel like he is my biggest competitor,” said Chakravarty.

Overall, though, Chakravarty manages to be resilient against all his competitors, for he knows that his uniqueness will shine through during his performance.

“What makes me different is that I’m outgoing, more out there and more open,” said Chakravarty.

Wondering exactly what kind of King of the Jungle Mr. Fun DIP is? Well, originally he was a cheetah, but recently he has recognized his true animal match— the lemur.

“I feel like lemur’s are outgoing creatures, and I’m out there a lot, so I feel like we really relate,” said Chakravarty.