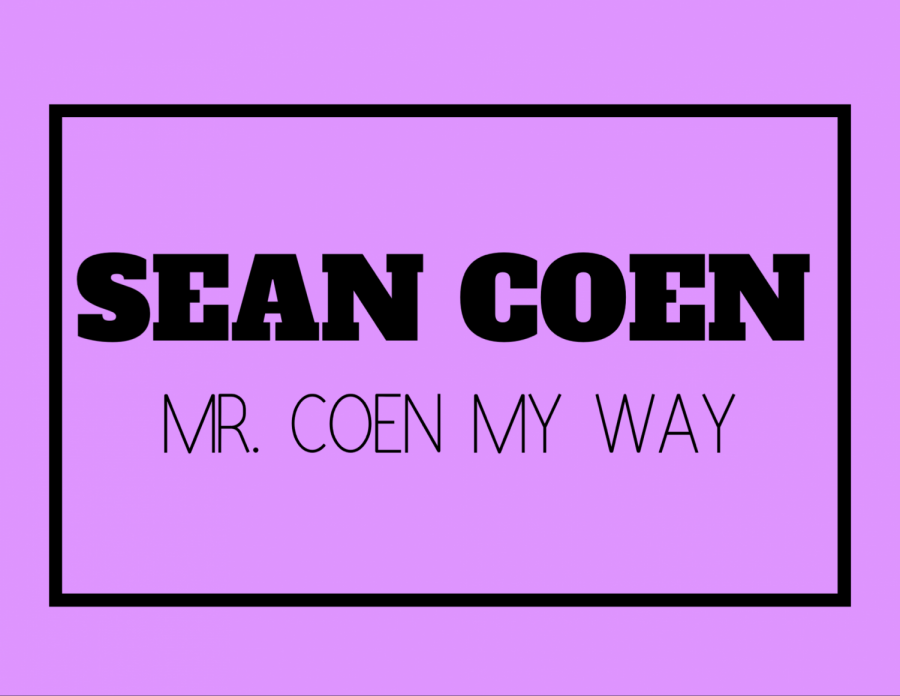 From scoring touchdowns on the football field, playing lacrosse, cheering on East’s sports with the Cherry Hill East Countrymen or representing his class in Student Government, Sean Coen (‘20) never fails to make sure his voice is heard at school and he is sure to rock the stage this year as he plans to star in Mr. East.

Even though Mr. East this year is going virtual, having been a staple every year of the graduating class, Mr. East will continue as planned and the contestants are making sure the show goes on.

With this years theme being occupations, Coen, also known as Mr. Coen My Way, will put on a show for the judges and watchers as he will take on the role of a rockstar, which symbolizes Coen as rockstars are energetic and like to performer.

“I was inspired to try out for Mr. East because I love entertaining people and going to Mr. East in previous years showed me how much fun it can be while donating to a good cause” said Coen.

To prepare, Coen has practiced making other laughs as in his act he will highlight every part of his personality, in which he will also do a skit and sing.

“I am looking forward to being able to showcase myself and work with my fellow contestants to give everyone something to watch that will entertain them during these times,” he said.

Out of the other contestants, Coen thinks he will have the most competition from Bobby Irwin (‘20) but he definitely feels that his act will be able to win it all and take home the prize of being Mr. East.

Coen feels that his ability to make people laugh with his wow-factor and enjoy their time will push him forward and help him knockout the competition in the end.