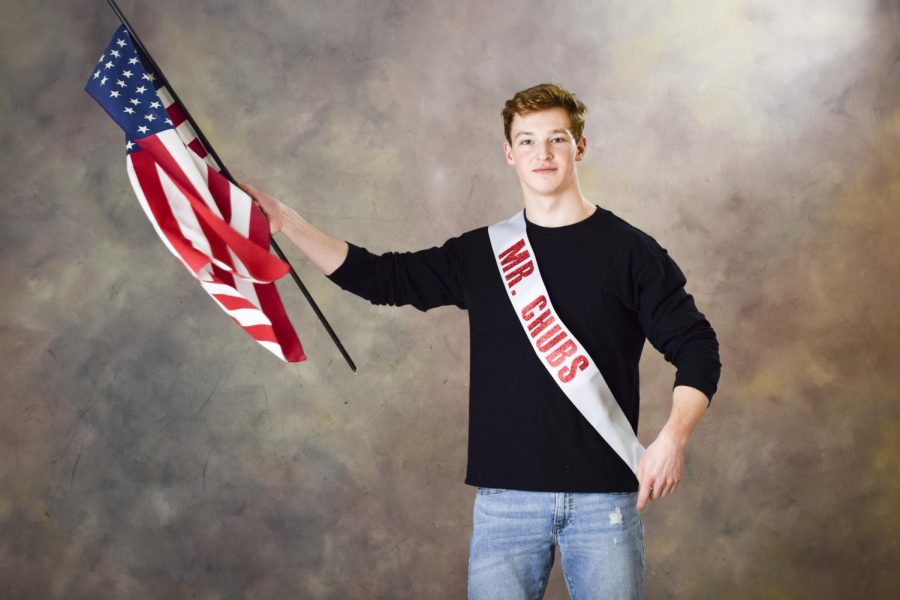 You’d be remiss to think Charlie Hess (‘19) would give any normal response as to the characteristics of his themed month, July. No, he isn’t obsessed with the great fireworks displays or family cookouts on the 4th of July, America’s birthday. The best thing about July, says Hess, is that it’s when Vin Diesel’s birthday falls. July 18th, the special day. God Bless America.

The sun-kissed beaches and warm waters don’t seem to do July any favors to Hess either. His favorite thing to do in July: you guessed it, celebrate Vin Diesel’s birthday.

Even if he is joking about the extent of his Vin Diesel fandom, it does illustrate one thing about Hess: his uniqueness. Besides, noting proudly, being “a little bit taller than all of them,” he excels in the performing arts and uses his routine to show his skills.

He said, of his eight-minute routine, he spends “about two minutes of it playing guitar, about four [minutes] doing uncomfortable stand-up comedy, and then the last two [he] close[s] with a piano song.”

Hess has long had a passion for playing guitar; he said he’s been playing since seventh grade at Rosa Middle School, playing in the school jazz band, and has been working on his craft ever since.

The stand-up comedy routine Hess is performing is filled with puns, he said, before quickly correcting himself: “that’s all of it actually, it’s all puns,” he said with a laugh.

As the great Vin Diesel once said himself, “It doesn’t matter whether you win by an inch or a mile, winning is winning.” And if Charlie gets his way, at the end of the night he will be crowned 2019’s Mr. East.