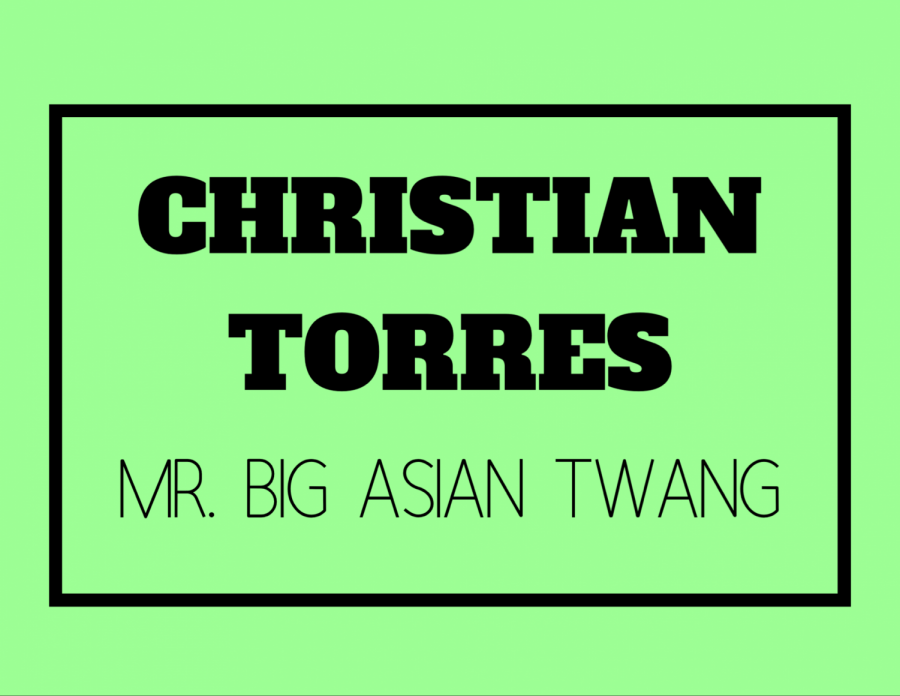 From throwing the discus and shot put to rolling spares for the East bowling team, Mr. East candidate Chrisitan Torres (‘20), also known as Mr. Big Asian Twang, is right up your alley.

Torres heard the numeroms announcements regarding Mr. East and saw the form in the corner of his eye. Almost immediately, he marched to the SGA office and filled out the form with utter confidence.

Torres is a competitive powerlifter for the United States Powerlifting Association, in which he holds the ‘16-17 year old 165 pound weight class’ state deadlift record at 474 pounds. With Torres’ known strength, he plans to lift all of the viewers’ hearts with his act.

In regards to his performance, Torres has adjusted the technicalities of his act many times to fit the new competition “stage” that is now virtual. Torres plans to use his incredible strength to impress the viewers with his weightlifting skills.

“This [act] is something that I believe I can do at the comfort of my own home so I don’t have to go out and I can stay at home in quarantine. [My performance] is something quite difficult and impressive, in my own opinion” said Torres.

With the theme of this year’s Mr. East competition being occupation, Torres decided to show some “country lovin’,” as he chose to be a cowboy.

“My personal theme is something that no one would imagine or picture me as. Being a cowboy has an element of shock and surprise to it because a lot of people can’t see me showing a country side” said Torres.

Torres believes that the competition is anyone’s game right now. Since Mr. East has moved online, many competitors have altered their performances and costumes. Mr. Big Asian Twang continues to believe that he will steal the audiences’ heart with his western vibe and strong arms.

“I originally planned on incorporating the cowboy theme into my skits with certain costumes in an actual performance on stage, but now I am just going to be showing the sillier and more comical side of being a cowboy” said Torres.

After graduation, Torres plans to attend Ursinus College for Track and Field, where he will be switching from discus and shot put throwing to the hammer. For now, Mr. Big Asian Twang is prepared to throw the competition for a spin with his “yeehaws” and “howdys”.