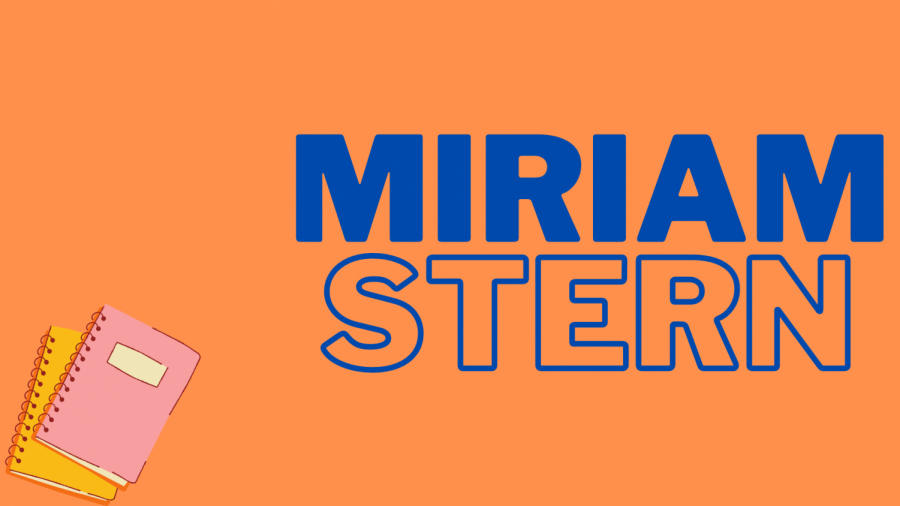 Miriam Stern is one of the 2020 Board of Education candidates.

Miriam Stern has been involved in the fair funding fight for Cherry Hill schools for years. It’s that issue, combined with her experience as a mental health professional and involved parent, that brought her to run for a seat on the Board of Education.

As a mother of three children in the Cherry Public Schools, including one with an Individualized Education Program (IEP), and wife to a teacher, Stern has a lot of experience from the parent’s side of education in Cherry Hill. She credits her career as a licensed clinical social worker with a focus on trauma as something that has helped her understand a lot about social-emotional learning. Since she’s attended about 75-80% of Board and committee meetings in the past five years, Stern understands the role of the board, which she believes is absolutely not to run the schools. Instead, she believes the Board’s job is a limited and straightforward one: to hire, evaluate, and get answers from the Superintendent. As a self-described innovator, out of the box thinker, and big picture thinker, Stern believes she’s ready to serve on the Board of Education.

When it comes to Cherry Hill Public Schools’ COVID-19 response, Stern said, “my role would simply be to ask questions,” adding that analyzing data would also play an important part in her decision making.
Stern has several questions regarding returning to in-person learning. She questioned what is being done to address teacher concerns expressed in a survey where they brought up issues like air quality and in-school procedures. Why, Stern also asked, did the district turn a two-week preparation period for teachers into a two-month period of no in-person learning? And why, she asked, was the date of November 9th picked? Transparency on these issues would be sought by Stern as a member of the Board, where she said asking these questions would be her main role.
Emphasizing the increased difficulties brought by remote learning for younger students and English Language Learners, Stern said that as long as they’re deemed safe and healthy, schools should see students return at the district’s November 9th point of reevaluation. She also suggested a possibility of bringing students struggling with remote learning back earlier, emphasizing that she’d seek to discover what barriers exist for doing so. By seeking answers to important questions and analyzing data along with community needs, Stern would construct her own approach as a Board member in our current situation.

“We should be following the science and the data,” she said, later adding that she is “100% in favor of high school starting no earlier than 8:30.”

Calling the current 9:30 remote learning start time a gift for students and parents alike, Stern said this would be a great time to pilot later start times in the long term. While she recognized it could be difficult to implement in Cherry Hill, Stern said school start times should be flipped across grade levels, with elementary students starting earlier and later start times for older students.

When it came time to discuss fair funding for Cherry Hill Public Schools, building improvements, and the bond issue, Stern was well-prepared with much to say. Stern has served on Cherry Hill’s Alternative Funding Committee, testified before the New Jersey General Assembly about the issue, and been an advocate on the issue for years. Explaining the issue in-depth, Stern referred repeatedly to the years of underfunding for Cherry Hill schools and the fact that it will be another five years before more recently implemented state law returns Cherry Hill’s funding level to what it should have been for years according to the state’s funding formula.

“We need to ensure that the governor and the legislature… comply with the law,” Stern emphasized. In light of recent budget issues caused by COVID-19, Stern expressed concern with the governor’s funding decisions for schools, saying he prioritized already well-funded districts over Cherry Hill and other underfunded districts.

As Cherry Hill fights and waits for increased funding, Stern believes other funding opportunities must be explored, specifically for building improvements. Stern emphasized the fact that Cherry Hill buildings have been deemed past their lives, necessitating major repairs or total rebuilding. Funding possibilities she said are worth exploring include alumni fundraising initiatives, a private-public partnership, naming rights for buildings, a new bond initiative, and the pursuit of grants. Stern also supports hiring full-time employees for managing alternative funding and writing grants, respectively. Grant opportunities, she said, are an area where many districts find a great source of funding but Cherry Hill has lagged behind without sufficient coordinated grant-writing efforts. Approaching opportunities for alternative funding while also continuing to pursue fair state funding will be priorities for Stern.

“We have to be more understanding of what it means to have a police officer” in a school, Stern said on the topic of school police.

In making decisions regarding police in schools, Stern said it would be important to base those decisions on input from students of all races, backgrounds, and experiences. Thoughtfulness and sensitivity to community needs would also be key, she said, including with consideration of the challenges police can pose to students with special needs. Having been involved with meetings and conversations about school security, Stern said some things haven’t changed since parents expressed a desire for improved security. Many parents wanted security, but not necessarily policing, Stern said, and that can revolve more around issues like the need for effective policies to limit who can enter school buildings. Overall, Stern said we need to better employ restorative practices in our schools and the role of police in schools absolutely must be examined.

Given a chance to address any other issue important to her, Stern brought up the importance of equity in education. She’d work to ensure students don’t just receive the same treatment, but that which will help them each individually succeed. This applies, she said, specifically to ensuring that students at different schools are all given what they need to be successful in this difficult time and beyond.
Addressing why she’d be someone students can trust to act effectively on their behalf, Stern said “I love that students have a voice,” and emphasized the importance of being engaged in the political process. She recognizes that above anyone else, Board members must put the best interest of students first, even when it means making hard choices. In working with other board members, acting with integrity, and driving the district toward a more modern approach and future, Stern said she can be an effective advocate for students in Cherry Hill. For that reason, along with emphasizing the importance of voting and making your voice heard, Stern said she would ask for your vote.