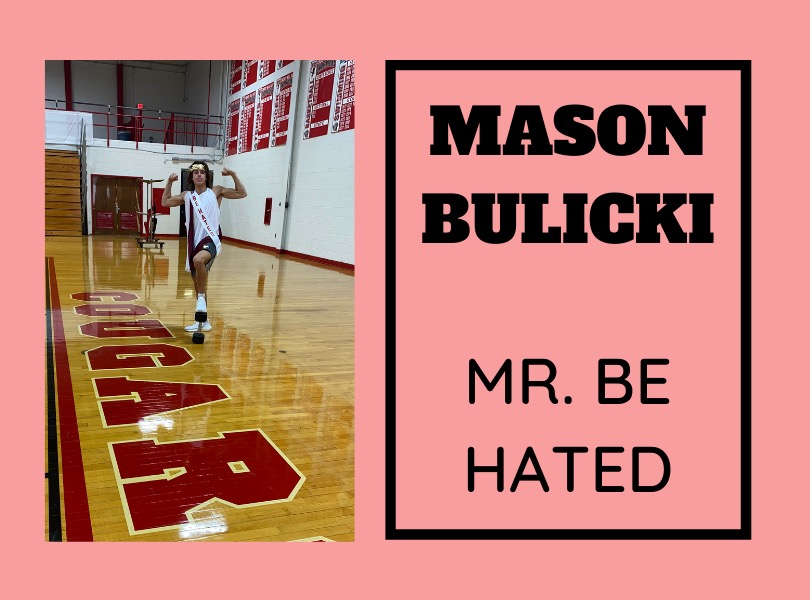 With all of his training in the gym room, Mason Bulicki (‘21) will have no problems carrying the 34th annual Mr. East first place trophy home this year.
He plans to perform as “Mr. BeHated” on April 23, 2021…virtually of course. Bulicki describes himself as hardworking, passionate, and confident, which will no doubt make for an entertaining performance.
East students may have come across Bulicki at cross country practice, winter and spring track and field meets, and/or student government discussions. However if you catch him outside of school, you are likely to see him weightlifting, swimming, or playing basketball.
Through his men’s health magazine inspired fitness routine, Bulicki plans on flexing on all of his competitors.
Despite the competition being pre-recorded, Bulicki plans to engage with his audience through upbeat (and slightly flashy) music. His game plan is to stay true to his script in order to keep the audience from dozing off through his act.
“I would say my biggest competitor in the Mr. East competition would be Tyler Burke. He is just a funny guy, he’s a good guy,” said Bulicki.
With this year’s theme being Disney, Bulicki hopes to transform himself into the character Hercules throughout his fitness routine at his performance. With his active lifestyle, Bulicki felt compelled to explore a Hercules-inspired twist on a classic workout act.
“Ever since I was a freshman, I knew Mr. East was made for my character and who I am. I always knew this would be something I would want to do whenever I got the opportunity,” said Bulicki.
In order to stand out from his competitors, Bulicki said he plans on “turning some heads and not being afraid to be different.” Further details will be left a surprise for his act, so make sure to tune in to the competition.
After graduating East, Bulicki can be found at Saint Joseph’s University with a major in exercise science, in hopes of one day becoming a personal trainer.
Bulicki will get a taste of the duties of a personal trainer on April 23 as he whips his competitors into shape.