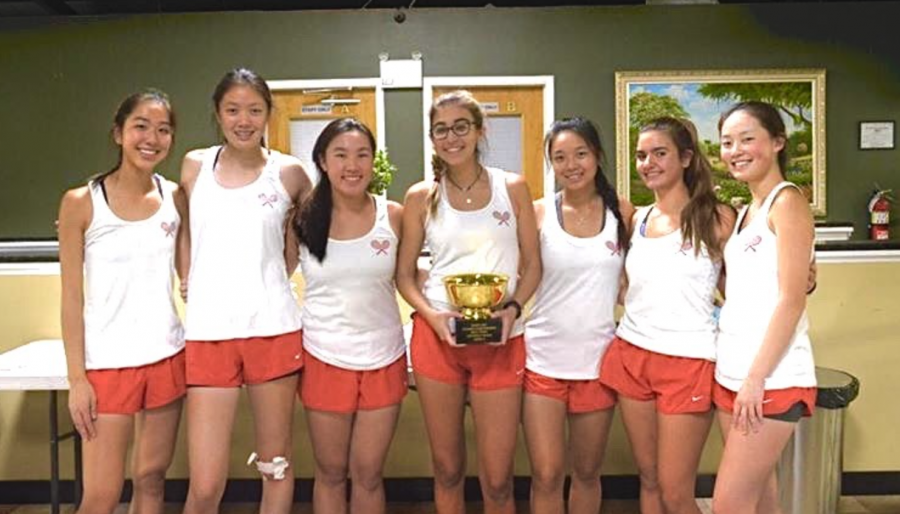 The girls tennis team is very proud of the season they had.

Recap:
The 2020 Cherry Hill East Girls Tennis team was an unstoppable force all season long. Losing one match over the stretch of 12 games, they were able to defeat Williamstown, Rancocas Valley and Lenape on their way to a 19th trophy in 22 years. With talent across all grade levels, this team dropped only 5 total matches all season, winning a collective 54. Entering the playoffs as the No. 1 seed, they lived up to the expectations and took home the Group 4 Southwest Sectional championship. After losing their first match to top team Shawnee, they went on to win 11 straight, cementing themselves as a Group 4 powerhouse once again. The girls have continued the tradition of excellence within the program, and are still one of the best tennis teams in the state

Strengths:
The individual sport of tennis did not seem so independent with this team. The girls not only played every match to have fun, but as a team of elite players they were able to unite and form a winning mentality. By visualizing well and pushing each other each and every day, this team came together and won when lots of people thought they couldn’t. With each player taking leadership roles and acting with grace the entire year, the girls tennis team took 7 individually talented players and blossomed them into one of the best teams in the state.

Weaknesses:
With only two seniors on this year’s team, their only weakness was a lack of experience on the varsity level. 5 new players were thrown into the toughest level of competition, and although it was a new setting, they were still able to each succeed.

Coaches Thoughts: Mrs. Jewett
You guys have now won 19 of the last 22 Group 4 Southwest sectional championships, what type of pressure does that put on your players?

What made this specific team special?

As a team and a sport that does not fill the headlines or get the amount of love at this level it deserves, how would you describe the legacy of East Girls Tennis during your tenure?

What is in store for the future of this program? (2021 outlook)