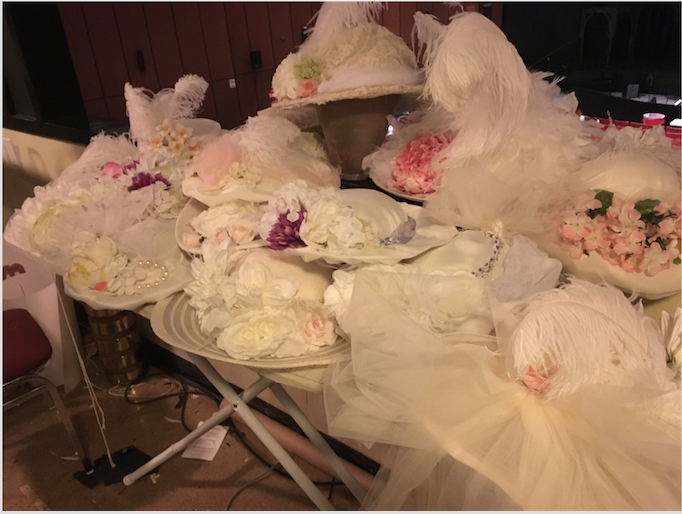 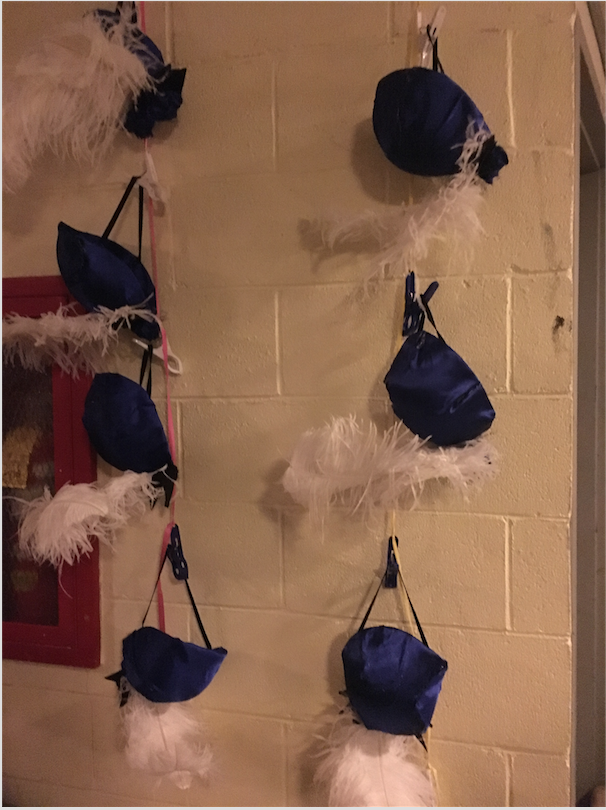 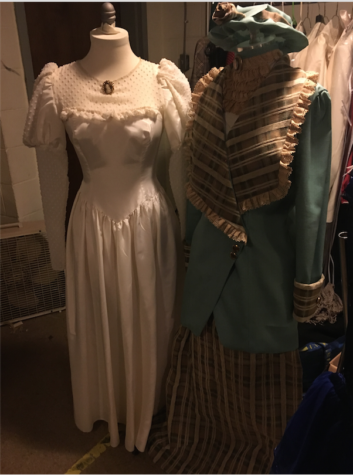 Hats seem to border the perimeter of the room, being mounted on walls and overflowing on tables. Two mannequins wear costumes for Ragtime. In the center of the room is a large table covered in bits of fabric, papers, measuring tapes, pin cushions and other various objects. The back of the room holds two long costume racks, stuffed with costumes and marked with a sign that says “Everything must be labeled.” There is a large hole in place of a front wall, so there is a view of the entire auditorium and stage.

This year, the Costume Department for the Cherry Hill High School East Theatre Department has been working since the end of the fall play, The Miracle Worker, to create all the costumes for the spring musical, Ragtime. The Costume Department is mainly comprised of two seniors, two juniors, five sophomores, a couple freshmen and two adults from outside of East.

“It’s not a huge team for the amount of stuff we have to turn out. There’s over 100 people in the cast, but we work hard,” said Stahl.

They work after school every Tuesday and Thursday, as well as on Saturdays to complete the costumes for Ragtime. This year, the costumes fit into three main categories: New Rochelle, immigrants and Harlem.

You have to tweak things, or people lose things. Then you have to plan out makeup, and there’s all these problems”

“There’s kinda three classes of people. There’s the people of New Rochelle, which are like upper-class, white people,” said Stahl.

The costumes for the people of New Rochelle are white in color and embellished with frills.

“And then there’s the immigrants, who are from mostly Europe. They’re kinda in darker clothes, little rags kind of, coats, and they’re very muted colors,” said Stahl.

The third class is the Harlems, which are the African Americans.

Costumes come from past plays are recycled. Pieces for costumes also come from thrift stores. Most of the costumes are made in house. The costumes are mostly completed by “Hell Week,” or the week prior to opening night. However, the Costume Department works tirelessly to make finishing touches and finals tweaks up until opening night and then through the duration of the play.

“You have to tweak things, or people lose things. Then you have to plan out makeup, and there’s all these problems,” said Stahl. 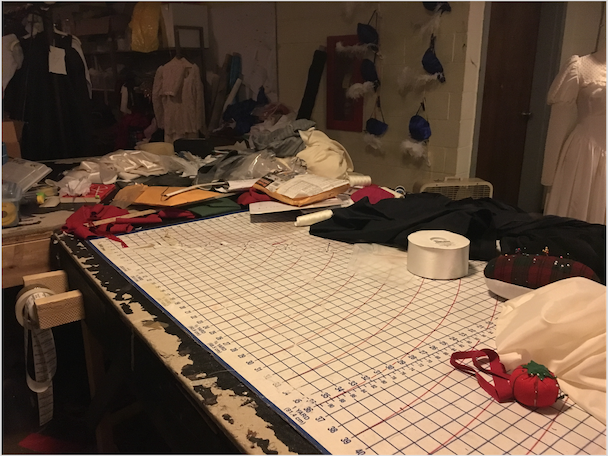 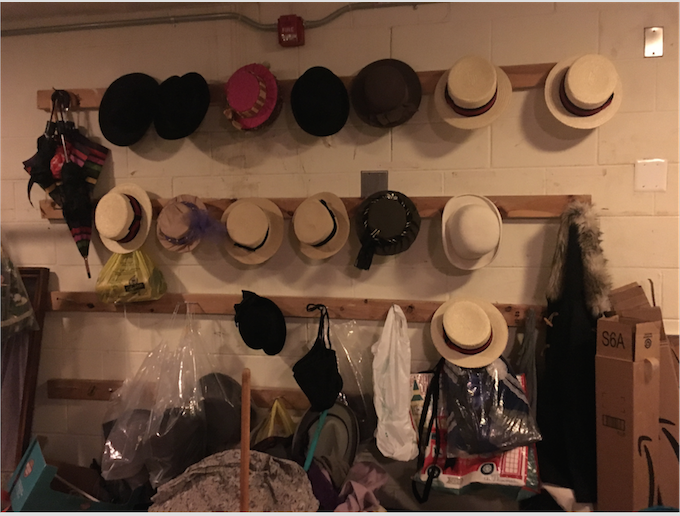