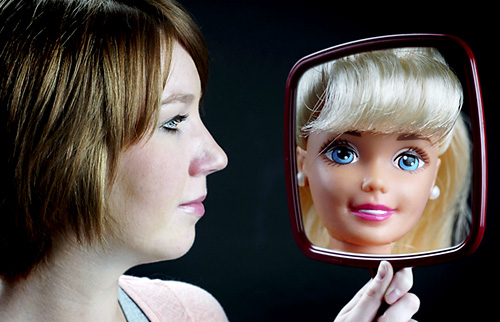 What constitutes as the “perfect” body? Is a perfect body pictured as skinny or as proportional? Does this image include long legs or short legs? Are big features considered perfection or are small features more appealing to the eyes?

There are no correct answers to these questions.

Perception of the physical human body alters depending on the opinion of the beholder. Beauty, perfection and ugliness, in reality, are all abstract concepts when pertaining the to the human body. They vary and change and are labeled through someone else’s opinion.

Today, the media is a huge contributor when it comes to shaping many people’s, especially teens’, opinions on the concept of the “perfect” body. With TV, online magazines, and various forms of social media, people are constantly exposed to the lifestyles of celebrities and other prominent names on the internet and television.

According to the National Association of Anorexia Nervosa and Associated Disorders, 69 percent of girls in grades 5-12 reported that magazine pictures influenced their idea of a perfect body shape.

The “ideal” body portrayed in the media is far from average. West Virginia Department of Education notes that the average US woman is 5’4” tall weighing 140 pounds; the average US model is 5’11” weighing 117 pounds.

Advertisements primarily consist of the average model and rarely show the average woman; as a result, a model-like figure seems more admired and appreciated by the masses. From this, naturally, women strive to be that desired figure.

How people, especially women, perceive themselves usually comes from comparing themselves with other women. Eighty percent of women who answered a People magazine survey responded that images of women on television and in the movies make them feel insecure.

The media will always imprint a certain idea of body image on a person’s mind. The fashion, music and food industries are ever changing. The image of the “perfect” body will change with the progression of time, and the constant need to fit that desired image will continue.