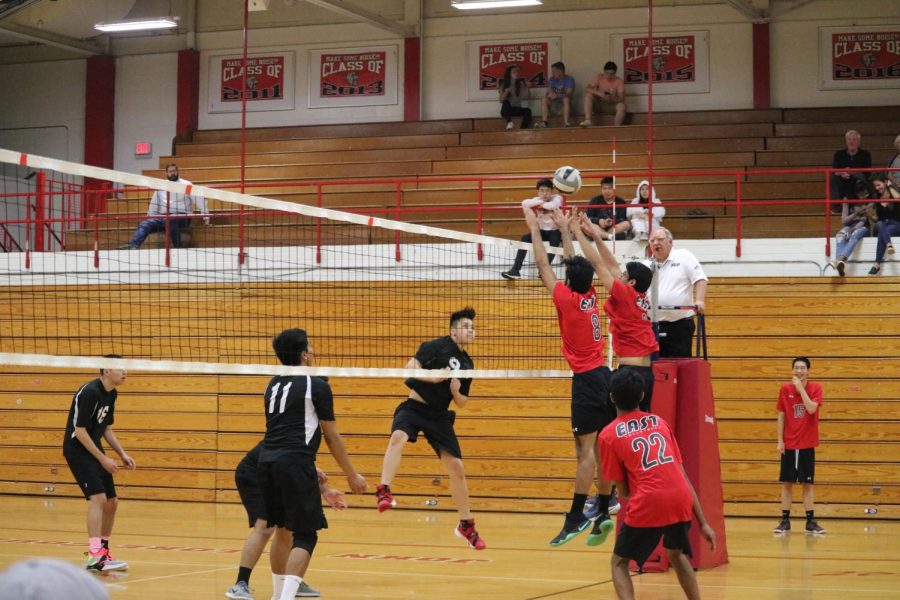 The team is mixed between the four grades, accepting a selected few of freshmen to step up and play varsity; Ansh Mehta (‘22), Akash Patel (‘22) and Owen O’Connell (‘22). The team has certainly faced many obstacles and struggles along their way, but they still managed to keep up the wins and fight back.

Captains Calvin Chan (‘19), Dhwani Patel (‘19), and Saurabh Shah (‘19) have been working together to balance out the team’s strengths and weaknesses to help and improve the team as a whole.

Shah said, “The volleyball team at East always has fun. We’re always pretty good compared to the rest of our conference, but we are definitely more fun.”

The team is proud of their work so far, including some impressive wins over some of their biggest rivals.