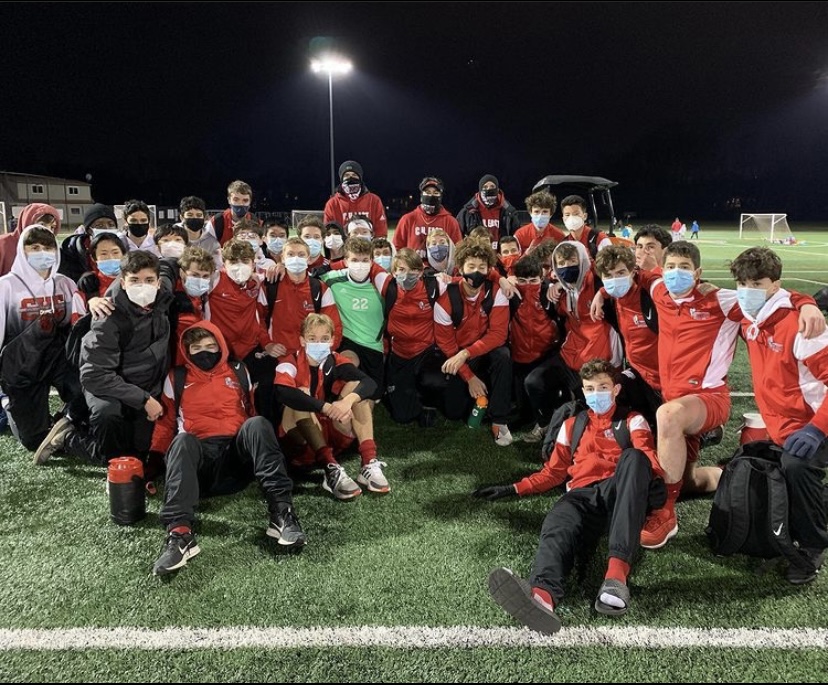 The boys soccer team had a remarkable season and didn’t let COVID-19 stop them.

The 2020 Cherry Hill East Boys Soccer team will hold a place in East athletics history. A playoff run that included a win in penalty kicks over Rancocas Valley, a dominant win over Vineland, and an overtime victory over Washington Township paved the way for their appearance in the Southwest Group 4 championship game. This would be the first time East reached the championship game since 2001, and although they would suffer a defeat to Shawnee, this team accomplished what few thought they could. A decent regular season record of 6-4-3 designated East as the No. 6 team in the bracket entering the playoffs, but they would play way above their seeding. With a mix of sophomore and senior talent, the Cougars were able to knock in over 30 goals on the year, giving up only a little over 20. They finished as the 9th best team in South Jersey according to the Courier Post. This season will go down as one of East boys soccer’s best ever, and any doubt people had about them early on is long gone.

Strengths:
This team came together early on and played with a tenacity every single practice and game. By sacrificing many aspects of their social life and time during the offseason and especially during the season, their dedication is a big part of their success. With depth at almost every position and a substitute rotation that allowed for lots of moving pieces, they were able to withstand the obstacles of injuries and COVID to reach a championship. With large doses of raw talent, this team was a force to be reckoned with and will continue to be one moving forward.

Weaknesses:
While the team boasted a wealth of upperclassmen talent, there was a lack of full experience at several positions. With sophomores in key roles, it took the development of the season for this team to truly come together and reach their full potential. Early on there was a tunnel-vision type of playstyle seen in the first few games, where the flow of possession was too focused on attacking and less on outplaying the opponent overall, but this would not last long as they corrected these issues and started to play well down the stretch.

Coaches Thoughts: Mr. Melograna
What adversity needed to be overcome?

How historic was that playoff run?

What does this senior class mean to you (legacy)?

Any thoughts for the future of the program? (2021 Outlook)