Behind the Scenes at the National Zoological Park 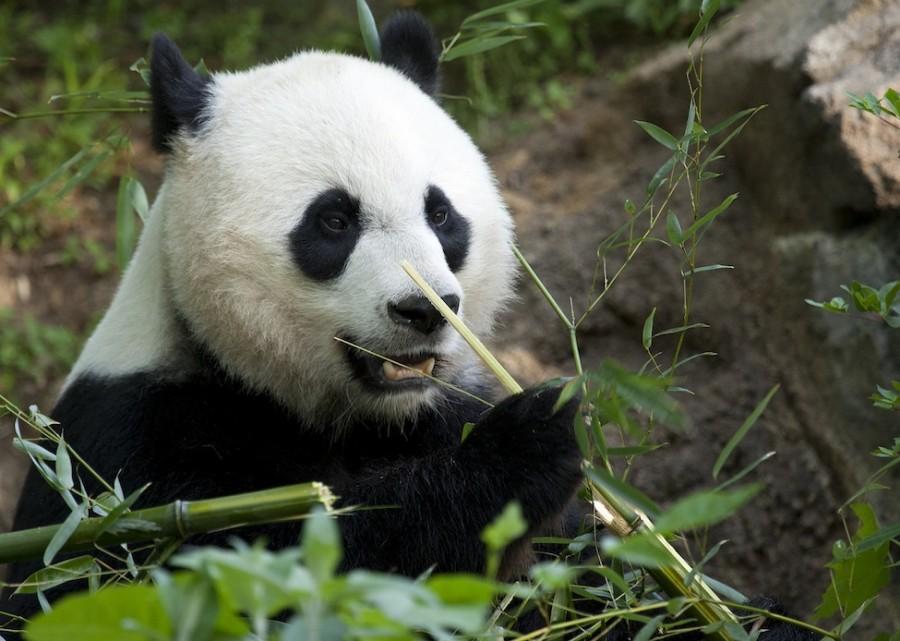 At the National Zoological Park, pandas greet visitors with a warm smile. 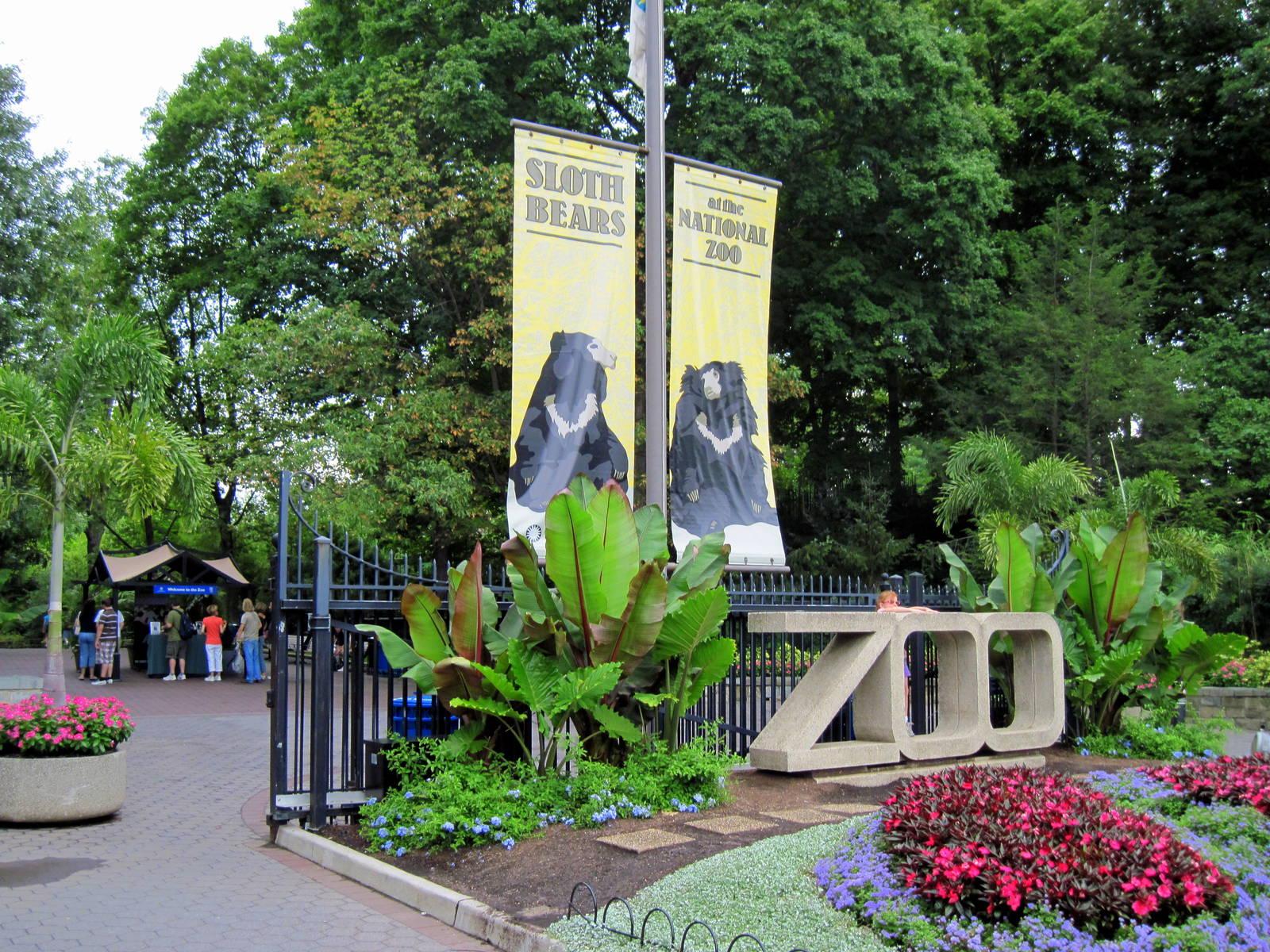 Pandas at the National Zoo

When visitors enter the Asia Trail exhibit at the Smithsonian National Zoo, they are treated to a multitude of different animals that are reforestation of Asia. The most notable and recognizable of these animals is the Giant pandas. Currently there are three giant pandas on exhibit at the zoo. According the the smithsonian website, giant pandas Mei Xiang and Tian Tian are at the National Zoo under a Giant Panda Cooperative Research and Breeding Agreement, signed in January 2011, between the Zoo and the China Wildlife Conservation Association. This extends the Zoo’s giant panda program through 2015. Mei and Tian are the focus of an ambitious research, conservation, and breeding program designed to preserve this endangered species. Additionally, visitors are treated to the baby panda cub, Bao Bao. Bao Bao has been spending time bonding with her mother, Mei, but was recently put on display. The general public have been eager to spot the panda cub.
“I’m super excited to see the baby panda,” said Meghna Kothari, a zoo visitor from New Jersey. “Panda’s are my favorite animals, but no zoo’s in my area have them. My family and I drove four hours to see the cub!” 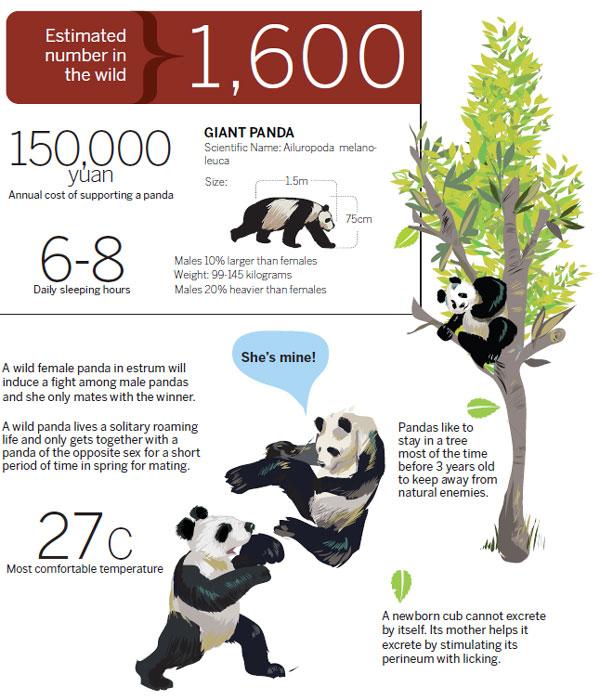 According to the website, Bao  Bao has been introduced to the training cage! Zookeepers stated that “this is an important developmental step because this is where the animal care team conduct husbandry behaviors such as measuring blood pressure, drawing blood, taking radiographs, and even routine vaccinations.”
The zoo is one of the only zoo’s in America to have the facilities and experienced staff that are able to care for the panda’s. According to the zoo’s website, “the new David M. Rubenstein Family Giant Panda Habitat, two new yards feature several enriching features for both animal and visitor enjoyment and add more than 12,000 square feet to the pandas’ outdoor exhibit. Additions to the indoor exhibit include a new room with a rocky outcrop and waterfall, another den, and more visitor viewing space and informational exhibits.”
The zoo is only the to be able to create a habitat that is suitable for the pandas. The pandas’ state-of-the-art David M. Rubenstein Family Giant Panda Habitat is designed to mimic the pandas’ natural habitat of rocky, lush terrain in China. The zoo states that “each element has a purpose—from helping the pandas stay cool in hot weather to giving them a place to hide when they need privacy. There are rock and tree structures perfect for climbing; grottoes, pools, and streams for keeping cool; and shrubs and trees, including weeping willows, corktrees, and maples, and several species of bamboo.”
The habitat is also Eco-friendly, as well as comfortable for the pandas. According to the zoo’s website, many sustainable design strategies, such as planted green roofs to reduce stormwater runoff, were incorporated into the new habitat. Other elements include a solar hot water system; natural tree-resin bound paving material, instead of petroleum-based asphalt, on the visitor paths; recycled rubber; sustainably harvested ipe wood, which is naturally resistant to pests and rot; and dried bamboo, because it is rapidly renewable resource and does not deplete the environment when harvested.”
There is also an indoor panda habitat, where the pandas can go to get out of the elements and live in a comfortable climate controlled environment. This indoor element is visitor friendly, and zoo guests can share rocks with the pandas and informational exhibits! The indoor habitat also doubles as a storage area for the panda’s bamboo, which visitors are allowed to enter, to see firsthand the large amount of bamboo that the pandas consume every day!
Most importantly, the indoor panda exhibit is home to the zoo’s giant panda research center. scientists do numerous things at this center, they are learning about panda reproduction and improving their odds through artificial insemination; strengthening the pandas’ bodies and minds with challenging enrichment; capacity building in China through workshops at the panda reserves; and behavioral observation and analysis through our in-house observation post.
Overall, with the care that the zoo provides, the pandas are sure to have a happy and healthy life on display for the American people!
The National Zoo provides visitors with a memorable experience

Located in Washington D.C., the National Zoo shelters hundreds of different animals including pandas, elephants, reptiles, apes and more. The National Zoo, a free zoo open to the public, offers people a chance to learn more about the various animals in their natural habitats.

According to the National Zoo’s website, the National Zoo was created by an Act of Congress in 1889 for “the advancement of science and the instruction and recreation of the people.” In order to accomplish this mission, the zoo provides visitors with the best possible experience through its many events and exhibits that are featured all around the entire park.

The Asia trail, Elephant trails and the American trail include landscaping designed by Federick Olmstead, who is also the creator of the Central Park. The elaborate and intricate architecture of the entire zoo builds a harmony between man and nature, which allows visitors to enjoy their time not only inside viewing animals, but also outside walking on the pathways while exploring the different exhibits.

“The zoo is full of a wonderful collection of animals for everyone to see,” said Daniel Martha, a volunteer at the zoo, “[people] can really learn about all aspects of this zoo.”

One prominent path in the National Zoo leads to the homes of the pandas. Two pandas, donated by the Chinese government, are the most popular animals at the zoo. With the help of many volunteers and trainers, visitors can learn more about the two pandas named Mei Xiang, which means beautiful fragrance and Tian Tian, which means more and more. Soon, Bao Bao, whose name means precious was born to both Mei Xiang and Tian Tian. Today, visitors can view all three pandas at the Asia trail, where volunteers are stationed to answer any questions.

Maria Augustino, another volunteer at the zoo said, “The kids really love Bao Bao! [The kids] are all so fascinated… Their excitement makes me happy.”

Another path may take visitors to the great ape house where they will find six orangutans. Sometimes, the orangutans are allowed to travel along the O-line, which is a series of high cables that are supported by metal towers. On these days, the orangutans are free to move between the two buildings, which also enables visitors to experience this view from outside instead of in the normal, conventional cage setting. In this way, the zoo provides viewers with an innovative way to meet the animals.

The zoo also allows people to travel a path towards the small mammal house, which is another important place where they can visit. This is where most of the zoo’s smaller mammal species such as the black howler monkeys, naked mole rats, black-footed ferrets and two-toed sloths live.

“This collection is great for families because there are just so many animals to see,” said Augustino.

With all the different exhibits, events and trails, the National Park Zoo will provide people with an experience they will truly treasure.

According to Merriam Webster, captivity is the state of being “kept within bounds” or “confined”. Zoos all around the world are constantly capturing animals and taking them from their natural habitats. Once they acquire these animals, they place them into captivity by locking them up in cages and behind fences. Although some of the animals are taken for research, most of them are captured to be put on display for public entertainment.

In 2003, 11 endangered African elephants were taken by the San Diego Animal Park from their home, Swaziland. “Experts, scientists, and researchers who study elephants in the wild strongly opposed the capture, stating, ‘Taking elephants from the wild is not only traumatic for them, it is also detrimental to their health'” (PETA).

Zoo animals are often prevented from using their most important skills, causing them to lose or weaken their ability to do those things. An example of this is when a lion cub is in captivity and never learns to hunt for its own food because it is always being fed by the keepers.

Animals are often confined in small exhibits, where they do not get much freedom to do things such as run or fly. They are usually bored, lonely, and cramped in captivity, harming them mentally and physically. Captivity allows for people to interfere with the animals, causing unusual behavior or actions. There have been multiple cases in the past 10 years where a human would interfere with an animal, causing the animal to be hurt or killed.

According to PETA, a gorilla named Jabari tried to escape from the Dallas Zoo, but was quickly shot by police. A witness later reported that teenagers were taunting the animal with rocks prior to his escape. Animals are often kept alone or in pairs, unlike their natural environment of living in a herd.

All of these living conditions of captivity can result in “abnormal and self-destructive behavior, known as ‘zoochosis'” (PETA). Many studies have been done to show these psychological changes and increasing number of problems with captivity in zoos.