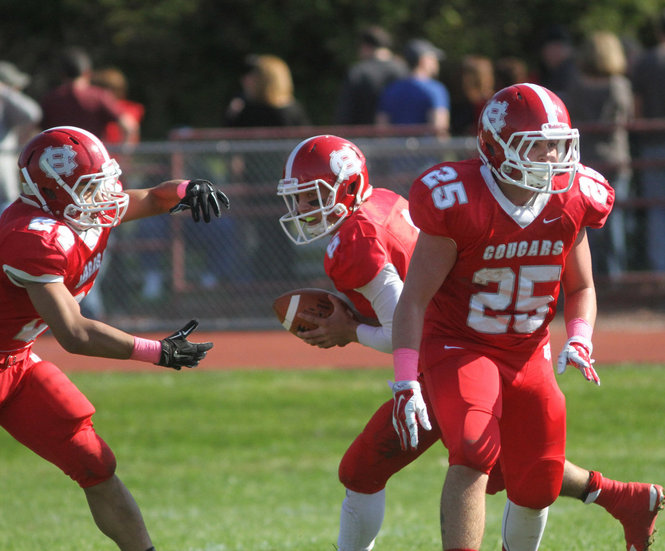 On a cloudy afternoon at Cherry Hill High School East, the Cougars took on a refurbished Eastern Vikings football team in their season opener. Although the Cougars lost a hard-fought battle, 34-20, the team made huge improvements from last year’s loss of 38-0.

Even though they started off in a hole of 14-0, the Cougars battled back by running the ball effectively. Led by halfback Miles McLeod (’17) and quarterback Brandon Stern (’15), the Cougars scored two of their three touchdowns on the ground, each from only a few yards away. Using the read option heavily, the Cougars consistently ran the ball on the Vikings defense. This year, the Cougars ran the ball about 75% of the time, taking less risk than last year when they threw the ball more frequently.

The Cougars also used a jet sweep offense, which involves a wide receiver taking the handoff while coming from the side. For these plays, they primarily use the speedy wide receiver Vince Guckin (’16), who had some very solid rushes last Saturday. This style is commonly used throughout college football and the NFL; now the Cougars hope to have just as much success as some of those teams have had.

Even though last year’s football team had little success, with many returning players, an effective run game, and creative play calls, this Cougars teams looks to have a promising future.