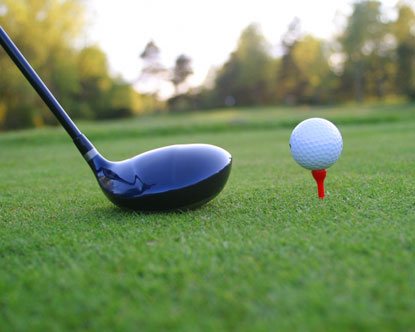 It’s spring, which can only mean one thing:  golf season.  That’s right, the Cherry Hill East golf team is set to kick off its 2011 season and though they may not get much attention, they are actually a solid team from the school.

The golf team consists of 12 players, six of whom play varsity.  The team practices every Monday before the season, going to Fox Meadow Golf Center to practice their driving.  The team also practices at the Woodcrest Country Club when opening times are available.  After the season starts, practice ends but the team gets no break, playing up to four matches a week in a sport that lasts until late May.

Last year, the team won the Olympic Conference’s American Division title, something that many other sports at East are not able to accomplish.  The team went 15-2 on its way to the title, led by Eric Spiller (‘10) and Matt Radziwill (‘10).  However, this year will be different, as the team is mostly junior-lead.

“I was surprised when I was asked to be captain,” Friedman said.

This is his third year playing varsity. Though Friedman was surprised, he was not worried about not having senior leadership.

“You don’t really need leadership, you can be a freshman and play varsity,” said Friedman.

Though the team lost its top two players from last year, they remain confident that they have a chance to repeat as division champions.

“I think we [can do it],” said Friedman “It’s going to be tough against teams like Lenape, but I think we can compete with anyone.”

The golf team is one of the smaller, lesser-known teams in the school, but they will not let that bother them.  With a few more wins this season, the golf teams will soon be recognized and with some good play, and a little bit of luck, this team could end up with a few more Olympic American Division championships. And who knows, maybe they will even grab a total conference title.  Anything is possible for this young and up-and-coming team.