Racheal Boyle (’19) commits to University of Lynchburg for volleyball 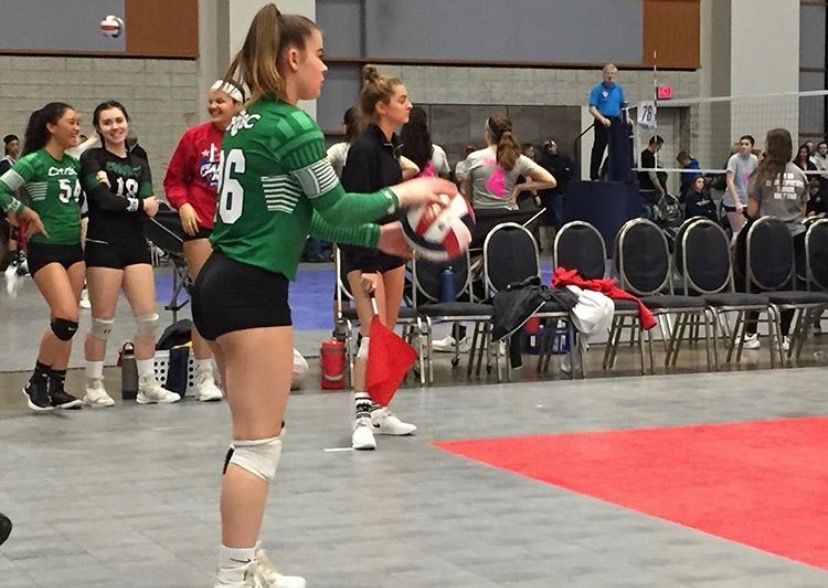 Racheal Boyle (‘19) has been excited to go to Lynchburg, Virginia to attend University of Lynchburg since April 30, the day she committed. Not only will she be studying and focusing on her work, but she will also be playing on the volleyball team. This is not new for Boyle, since she has been playing volleyball for East since her freshman year. Even though she plays on a club and the East team, she is still anxious for the years to come.

“I play all year around for East and my club team. I am so excited to go to college, but I am also scared because it is a lot farther than I expected to go. But, I already know that it will be worth it for the sports and the academics,” Boyle said.

Boyle said she will definitely miss her old teammates, but she is excited to meet her new ones. The second she walked on to the campus, all of her fear disappeared and she was filled with excitement, she said.

“I already met the team and saw the college, and I just fell in love with the campus the second I walked on it,” she said.

Not only is she studious, but she is very athletic as well. When she was little, she played gymnastics and volleyball. As she got older, she realized she was more passionate about volleyball, she said.

“I’ve been playing volleyball since my freshman year. I just wanted to get involved with a sport. Volleyball caught my eye. I didn’t think I’d make the team since I was very inexperienced. But once I did, I started to love it and wound up quitting gymnastics to play volleyball all year,” said Boyle.

Although she immediately fell in love with the sport, it wasn’t until sophomore and junior year when she decided that she wanted to play in college.

When Boyle was still deciding on what to major in, she thought long and hard about how she can connect volleyball to her future career. She decided that physical therapy would be a great fit for her, so she can treat people while learning at the same time.

“I had a really bad back injury my freshman year due to gymnastics and volleyball. Playing both at the same time put a strain on my back. Then the next year I went to physical therapy sessions, they were so supportive and helped me heal. It was then I realized that is what I wanted to do, help people during their recovery and making a difference in people’s lives,” she said.

August 15 is the official move-in date for Boyle. She will miss her elementary through high school years, but she is excited for the next chapter in her life.